Reception for James & Kathryn Murphy. Thursday, November 12 at 4:30 p.m. in Speakers’ Corner. Please join us as we celebrate James and Kathryn Murphy’s planned donation of 300 signed, first-edition Irish poetry books to the Library.

AP Style evolved so as to fit the maximum amount of words in a space. That goal is the reason for the following:

Ellipses—“In general, treat an ellipsis as a three-letter word, con- structed with three periods and two spaces, as shown here” ( … ). 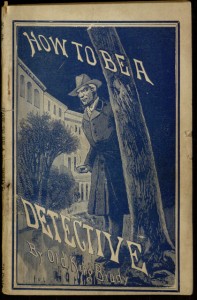 Looking for a job that doesn’t pay, but that rewards you in other ways? Consider proofreading this vintage book as part of the Distributed Proofreaders project.  You could learn How to Be a Detective while you’re on the job! Find out more on the Blue Electrode blog today!

Did you hear the news before the weekend? Philadelphia has been designated a “World Heritage City,” the first in the United States, and will now be a city categorized with the likes of Paris, Jerusalem, and Prague. What an honor! As reported on Philly.com, the title is more than just a gold star, as it offers the potential of increased reputation and tourism. 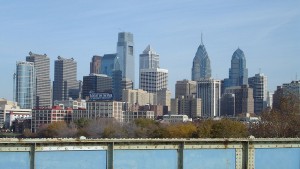 Today in 1934, astronomer Carl Sagan was born. Last month we ran a quote celebrating Neil deGrasse Tyson’s birthday (October 5) and mentioned his praised airtime as the host of Cosmos: A Spacetime Odyssey. But did you know Carl Sagan was his predecessor as host of Cosmos: A Personal Voyage – a majorly influential piece of scientific documentary? Both deGrasse Tyson and Sagan share similar vocations as science popularizers and while Sagan has since passed, his contributions toward bringing space to the public eye live on. 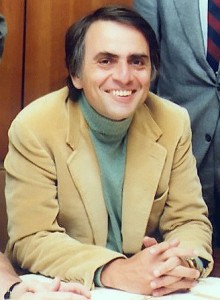 “For small creatures such as we the vastness is bearable only through love.” – Carl Sagan