Recently the Digital Library completed a digitalization project of the “Robert M. O’Reilly” papers. The collection’s subject, Dr. Robert O’Reilly, was a Philadelphia native, who held a medical degree from the University of Pennsylvania, and had a lengthy and distinguishable career in the U. S. Army which lasted over 40 years, from 1867-1909.

The O’Reilly collection consists of over 300+ items, chronicling Dr. O’Reilly’s personal life and military career, includes his personal letters, a selection of published U.S. Army General Orders, from the United States Adjutant-General’s Office, in 1870, and his scrapbook from the 1906 International Conference for the Revision of the Geneva Convention where he was a delegate for the United States.

The Collection is owned by the American Catholic Historical Society and held at the Philadelphia Archdiocesan Historical Research Center in Wynnewood, PA. Be certain to check out the Center’s blog, by Amanda McKnight, entitled, “Robert M. O’Reilly, Surgeon General” which provides a summary of Robert O’Reilly’s life and career.

If you are interested in more information on the role of a Medical Cadet during the Civil War, 1861-1865, I suggest reading this blog: Schmidt, Jim. “Medical Department #36 – Medical Cadets.” Civil War Medicine (and Writing): A blog on Civil War-era medicine and my own historical research and writing. 11 October 2010. Accessed 13 July 2015. 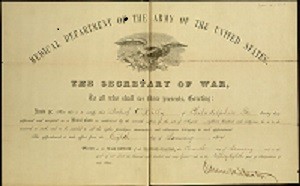 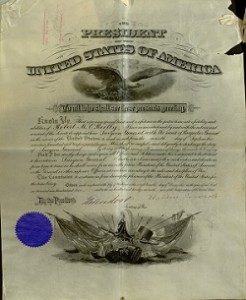