Have no fear: there's a podcast out there for you! (Part 1) 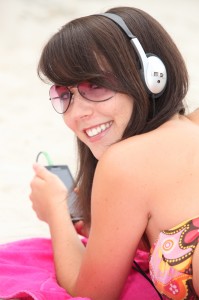 Summer is drawing to an end but we still have time for trips to the beach, and while beach reads might be the first thing we think of when we think of summer travel, podcasts are my essential travel companion. Sure I’ll always have a book in my bag, but whether it is a long drive or a flight I love a good podcast.

The term “podcast” is thought to originate from Ben Hammersley 2004 Guardian article titled “Audio Revolution,”1 which you can read in full here. Richard Berry cites Hammersley’s piece and attempts to further interrogate this subject in his 2006 article “Will the iPod Kill the Radio Star? Profiling Podcasting as Radio.” 2 In his abstract Berry states,

“Podcasting” allows anyone with a PC to create a “radio” programme [sic] and distribute it freely, through the internet to the portable MP3 players of subscribers around the world. Podcasting not only removes global barriers to reception but, at a stroke, removes key factors impeding the growth of internet radio: its portability, its intimacy and its accessibility. This is a scenario where audiences are producers, where the technology we already have assumes new roles and where audiences, cut off from traditional media, rediscover their voices.

More than anything, these two pieces highlight how less than a decade ago a medium with which we are now all so familiar was still fairly new.

One of my favorite things about podcasts is that there is always something new to discover—whether you’re interested in film, television, news, fiction, cooking, learning a new language or just about any other genre or sub-genre—there is probably a podcast out there for you. 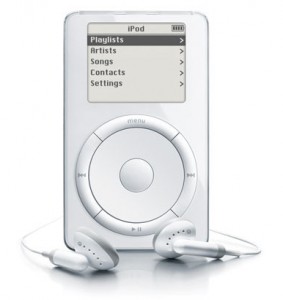 The original iPod, introduced by Apple Computer in October, 2001

This blog post was born out of my own recent quest to add more podcasts to my personal listening menu. I recently put out the call on Facebook asking friends to share their favorite podcasts with me. I also added the caveat that I’d be particularly interested in podcasts that have at least one female host.

I had just listened to a film review podcast discussing Mad Max: Fury Road. The podcast itself was engaging and well informed but sort of glossed over some of the film’s elements that interested me the most: its feminism. I didn’t need a full-on feminist critique, but I realized that I missed a female voice being part of the conversation. This lack of a female voice was perhaps highlighted by a podcast that I was introduced to this year, which became a weekly staple for me and features a male and female host. The podcast A Cast of Kings features a spoiler-free weekly recap of new Game of Thrones episodes, with hosts David Chen who has never read any of the books and Joanna Robinson who has read all of the books in George R.R. Martin’s A Song of Ice and Fire series (Robinson also has a spoiler-laden podcast for book readers Storm of Spoilers). After this past season of GoT ended and I moved on to listening to other TV and movie related podcasts, I noticed that many of them lacked a female perspective, something I hadn’t noticed before and something I realized is important to me especially when it comes to popular culture.

I received a ton of great feedback from my friend’s suggestions—a wide variety of podcasts that I know will keep me entertained for quite some time. So I thought it would be fun to reach out to my co-workers with a similar request and share the wealth with you, our readers. I asked my colleagues in an email if they would be willing to share with me 1-3 of their favorite podcasts, some information about those podcasts and how they came to discover them, and finally how and where they listen to these podcasts. During this week we will highlight several Falvey staff members’ responses. I will get things started today with a small sampling of my personal/current favorite podcasts (I’m going to cheat and list more than 3).

I’ve already mentioned A Cast of Kings, but I’m going to plug it again because I just love it that much. Also in a bonus recap and news podcast released 7/22/15 they announced that they will be doing a “re-watch” of season 1 and recording episodes for it, since the podcast started with season two of the show, and never covered season 1. With almost a whole year before we get any new episodes, this might be the perfect time to plan a re-watch or even a first time viewing of Game of Thrones with this podcast as your viewing companion.

Similarly if you’re into discussions of current TV shows, Joanna Robinson of A Cast of Kings along with Dustin Rowles and Josh Kurp do a podcast called The Station Agents where they do a weekly roundup of current television series.

A recent discovery of mine that I’ve absolutely fallen in love with is You Must Remember This, which is hosted and produced by Karina Longworth and explores “the secret and/or forgotten histories of 20th Century Hollywood.” Longworth who writes, narrates, records and edits each episode is fantastic and carefully researches all of her subjects. In addition to her meticulous behind the scenes work, Longworth is a joy to listen to: she’s smart and funny, and the style of the show through her voice and editing is evocative of old Hollywood glamour.

If you’re looking for something a bit more academic, I have always enjoyed both The British Library’s podcasts and The National Archives Podcast Series. Always full of interesting and in depth information about British history and artifacts, both of these podcasts are highly stimulating.

For more Anglophile fun but with a great deal more snark, check out John Oliver and Andy Zaltzman’s The Bugle, where they discuss politics, popular culture and other odds and ends.

Bard Times, a fledgling podcast about Early Modern Theatre; The Moth, live storytelling; Welcome to Night Vale, serialized broadcasts from a surreal fictional town; Girl on Geek, comic books, movies, video games, geeky news etc.; and I will have to stop myself there because there are so, so many more. 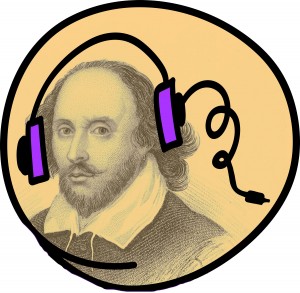 We’re nearly done with this week’s post, but it likely hasn’t escaped your notice that although I am a librarian and this is a library blog post I haven’t actually mentioned any podcasts about books or literature. I’m hesitant to recommend specific book related podcasts because there are simply so many, and which ones you’re drawn to will vary greatly based on what you like to read and what you want out of a podcast dealing with books. So instead I will share a link to the Andrea Reads America blog and a post entitled “8 Great Literary, Book Nerd, and Storytelling Podcasts.” This certainly isn’t a comprehensive list of book and storytelling podcasts, but I personally like it because I think it provides a good range of podcasts (some of which I listen to myself) without being overwhelming.

Don’t forget to check back tomorrow for our next staff member’s podcast picks, and a spotlight on podcasts produced by Falvey Memorial Library.

Finally we’d love to hear from you in the comments section about what your favorite podcasts are whatever the subject, and how you like to listen!