The 2015 Stonewall Book Awards given by the Gay, Lesbian, Bisexual and Transgender Round Table (GLBTRT) of the American Library Association were presented this weekend in San Francisco at the organization’s annual conference.

The awards are given annually to English-language works of merit relating to the gay, lesbian, bisexual and transgender experience. Several major categories are awarded: the Mike Morgan & Larry Romans Children’s and Young Adult Literature Award, the Barbara Gittings Literature award and the Israel Fishman Non-Fiction Award. The awards are given to works published the prior year.

This year’s winners include— 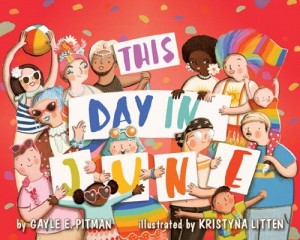 Presented to This Day in June, written by Gayle E. Pitman and published by Magination Press, an imprint of the American Psychological Association.

Other Children’s and Young Adult Award Honor Books nominated were— 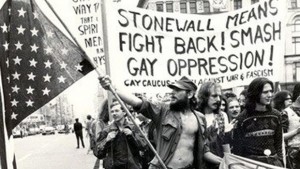 Resistance to a police raid inside a small, Greenwich Village jukebox bar (one of the few in New York City where  the LGBT community were welcomed) marked the start of the gay rights movement. As hundreds upon hundreds of protesters poured out onto the streets over six days of rioting, the gay community, previously forced into secrecy, finally saw the strength of its own numbers. The event proved to be a turning point. The following year saw the start of annual gay pride parades and other outward demands for recognition, respect and equal rights—events often held on the Stonewall anniversary and eventually in hundreds of cities. The Stonewall Book Awards is just one of the many ways the event is commemorated.

Last week was a landmark week for the gay rights movement for two reasons: first, the Supreme Court decision affirming the right to same sex marriage in all fifty states, and, though less publicized, the naming of the Stonewall Inn as an official New York City landmark. Learn more about this incredible chapter in human rights history through the following library resources (or hundreds more – just ask!) curated by History liaison librarian, Jutta Seibert.

1. Books about the Stonewall Riots in the Falvey collection

6. Washington Post: Read about the movement as it was described in the year the riots occurred.
Nancy L. Ross “Homosexual Revolution.” The Washington Post, October 25, 1969. http://ezproxy.villanova.edu/login?URL=?url=http://search.proquest.com/docview/143552646?accountid=14853.