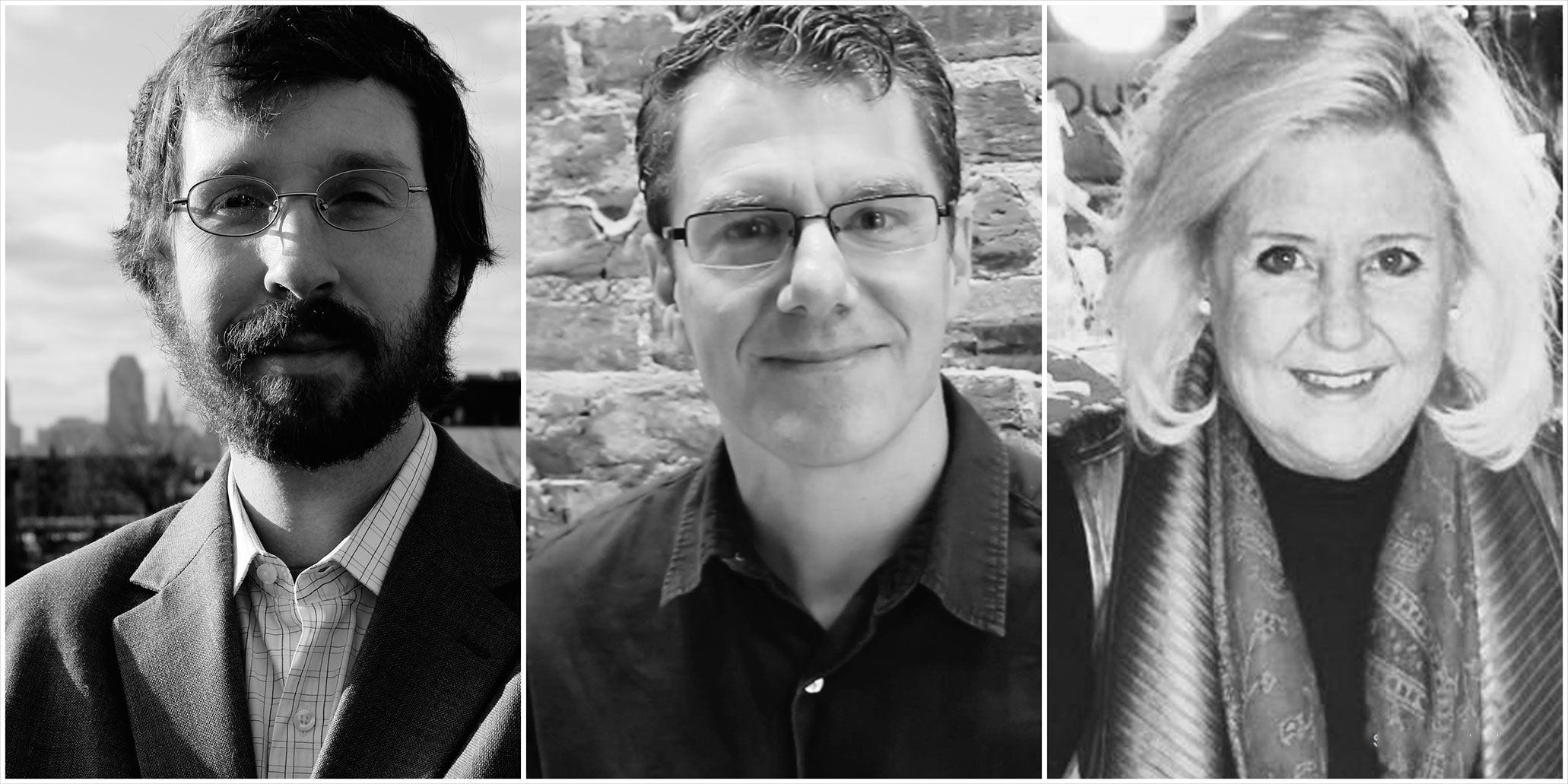 Alumni authors will discuss their published and/or performed intellectual pieces of work on Friday, June 5, in Falvey Memorial Library’s Speakers’ Corner at 10:00 a.m. This panel discussion features Judy Lee Burke ’75 CLAS, Michael Hollinger ’89 MA, and Sean P. Harvey ’00 CLAS. Attendees will gain insights into the writing process from inspiration to final edited draft to publication, as well as have opportunities to ask questions of the three alumni authors.

Burke ’75 CLAS will discuss her new suspense thriller, Blackrock. Burke’s novel takes readers on an exhilarating multi-country journey as undercover operative Laine Sullivan encounters jolting mysteries in her personal life as she performs her espionage work. Burke, who cites painting among her avocations, even painted the novel’s cover image.

Burke is also an Alumni Medal recipient. The Villanova University Alumni Association presents this award (now called “the St. Thomas of Villanova Alumni Medal”) to alumni who have achieved a level of distinction within their chosen fields or professions and who have provided outstanding service to Villanova.

Learn more about Burke, her publications and the career she launched at Villanova by visiting her website.

Michael Hollinger ’89 MA earned his master’s degree in theater from Villanova and is now an associate professor in the University’s Department of Theatre. Professor Hollinger has authored several award-winning plays, many of which have been performed at Philadelphia’s Arden Theater Company, as well as by other professional theater companies across the country.

Professor Hollinger has an uncommon approach to writing plays: “Plays are music to me … characters are instruments, scenes are movements; tempo, rhythm and dynamics are critical; and melody and counterpoint are always set in relief by rests—beats, pauses, the spaces in between.” Baker, John M. (2007). “Intrigue and Delight: The Comedy of Michael Hollinger. In Comédie du Jour: A Festival of Plays by Michael Hollinger. Theatrical program published by Iowa Summer Rep, University of Iowa.

Learn more about Michael Hollinger, the plays he has authored, and his career in theater by visiting his website.

He has won awards for his teaching and his research, including yearlong fellowships from the American Council of Learned Societies and the National Endowment for the Humanities. His articles and reviews have appeared in the William and Mary Quarterly, Reviews in American History, Pennsylvania Magazine of History and Biography, Humanities and Social Sciences Online (H-Net), and Journal of the Early Republic, where he is Co-Editor of Book Reviews.   Currently an assistant professor in the Department of History at Seton Hall University, he lives in New York City with his wife, Sarah Grunder, and his newborn son, James.

Harvard University Press published his first book, Native Tongues: Colonialism and Race from Encounter to the Reservation, in 2015.