A Misconception about “Cinco de Mayo”

Happy Cinco de Mayo! In case you missed it the first time around, we are reposting a popular blog post from 2013 written by Sue Ottignon, Research Support Librarian for Languages & Literatures that answers the question, once and for all, what Cinco de Mayo commemorates. Always ask a librarian! 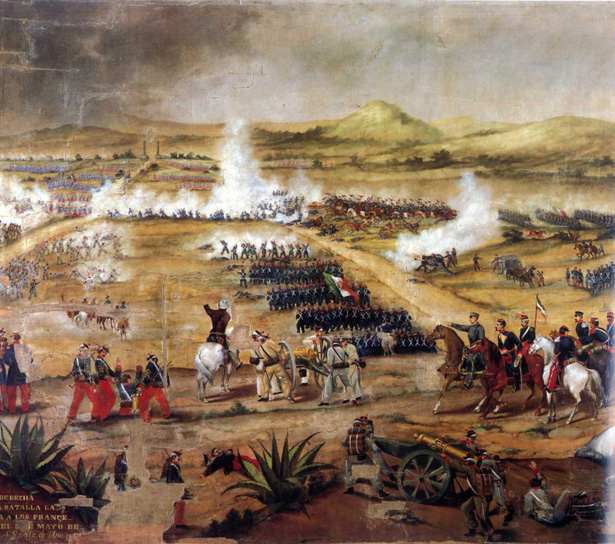 Wait!!  Before you make the mad dash to enjoy all those delicious salsa combos you made to kick off your annual “Cinco de Mayo” celebration, I have some little-known facts to share with you about this day.

So what’s so great about the 5th of May? Although it is not an official holiday in Mexico, it does commemorate the Mexicans’ victory over the French on May 5, 1862, in the town of Puebla; thus, the holiday is called “El Día de la Batalla de Puebla,” and there are celebrations. The Mexican-American community, from the western states, began the observance shortly after the event. Ultimately, the day’s events evolved within the US as recognition of the Mexican culture and heritage.  Moreover, the U.S. Congress recently issued  resolutions[2] recognizing the historical significance of Cinco de Mayo. The Congressional Record, for the House of Representatives, recorded on June 7, 2005, a concurrent, non-binding resolution recognizing the historical significance of the day,[3]

Sue Ottignon is the subject librarian for romance languages and literatures.