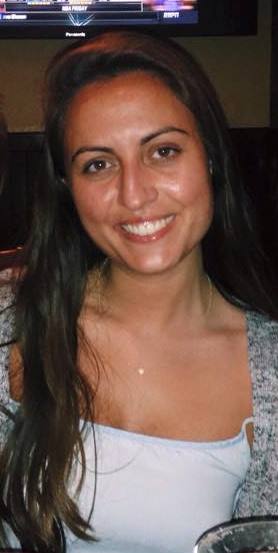 “The first thing I noticed about Robin was the sort of feline, fluid way which she moved and carried herself that seemed to extend even to the tips of her shiny, iridescent black hair. She was stunning in a bizarre way. I wouldn’t have called her pretty, per say; her eyes were stone gray and her lips were too thin, as if those features had aged prematurely. But she possessed a sort of alien beauty, something intriguing, something that made it almost impossible to look away.”

Taylor De La Pena, a Class of 2015 Creative Writing Awards contestant, says “When I started writing ‘Purging,’ I thought it was going to be about the modeling industry and eating disorders. But once I started writing, I realized it was less about eating disorders, and more about how society values and commodifies women based on physical appearance. I think that’s what I love about writing; I don’t see it as a creation that is meant to teach other people about something, but rather as a way for me to think more deeply and figure out my own opinions.”

Taylor De La Pena is an English and Spanish major from Redondo Beach, California. In her free time, she enjoys reading, running, trying new restaurants, and traveling. After she graduates in 2015, she plans to volunteer in Peru for a year with the Augustinian Volunteers.