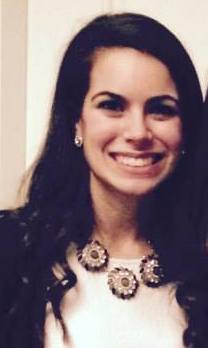 The Hanging
by Danielle Sekerak

He’s standing there in a fitted tuxedo
With his dark brown hair slicked back.
It reminds me of the picture I have of us,
Two best friends going to prom,
When he wore that toothy smile
And those cobalt blue converse.

Those same ones he wore
At Fairfield High’s graduation,
When the flash of the camera
Captured us as we threw
Our crimson caps into the air,
His hand on my shoulder.

The same hand I high-fived
As he and I posed
In front of our dorm
For our first college picture.
I framed that picture with the caption:
“Something old and something new.”

And it’s the same dorm we went back to
As seniors to remember where and how
We had started,
But this time our fingers were interlocked,
As Jessie told us to
“Say cheese!”

She’s the same friend who borrowed him
But never gave him back, the thief
Who is standing next to him
In the photograph I now hold
In my ink-smudged fingers.
It has been creased
Down the middle by
Me
As a way to separate
Them
Because I had
Always
Secretly
Hoped
That would happen.

But Pastels and lavender hydrangeas surround
The new Mrs.,
As do her friends.
I am not among them.
I am the outsider,
Who cut out the picture from the wedding column
In The Fairfield County Courier.
The black and white affair has stained
My fingers and now impatiently waits
For my hands to sentence it to death.
Or better yet,
I will hang it in my room.

Danielle Sekerak, a Class of 2015 Creative Writing Awards contestant, says “Emily Temple’s ‘My Pencils Outlast Their Erasers: Great Writers on the Art of Revision’ features Ernest Hemingway’s The Paris Review interview, in which he was asked how much rewriting he does. His answer: ‘It depends. I rewrote the ending of Farewell to Arms, the last page of it, thirty-nine times before I was satisfied.’ The interviewer’s curiosity was piqued: ‘Was there some technical problem there? What was it that had stumped you?’ Hemingway responded, ‘Getting the words right.’

“For me, poetry is just that: it’s about getting the words right and remaining patient throughout the entire editing process.”