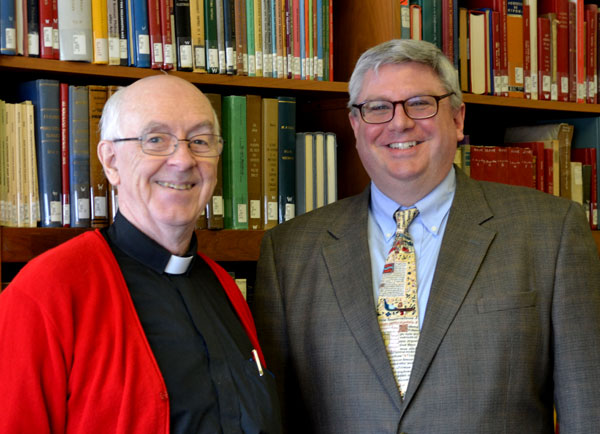 Poley originally came to Falvey as a reference librarian and cataloger in 1999. He became an adjunct faculty member in the University’s Dept. of Theology and Religious Studies the following year, where he continues to teach. 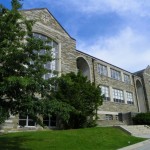 The Augustinian Historical Institute (AHI) is located in Falvey Hall, room 301. It “serves as a resource center for the study of the history of the Augustinian Order.” AHI holds “an extensive collection of materials on the history of the Order” and publishes scholarly works, including studies of St. Augustine. The Institute also collaborates with the International Institutum Historicum of the Order of St. Augustine and other Augustinian institutes.

In addition to serving as a repository for Augustinian history and publishing scholarly works on the same, the Institute has sponsored (with Falvey’s Special Collections) three exhibits: “Thomas of Villanova – 450 Years – and Nicholas of Tolentine – 700 Years: An Exhibit Commemorating Two Augustinian Saints” (2005), “Commemorating 500 Years of the Complete Works of Saint Augustine” (2006) and an exhibit commemorating the 750th anniversary of the Grand Union of the Augustinian Order (2006).

The Augustinian Historical Institute is dedicated to fostering research: however, materials in the collection do not circulate. Records of AHI’s holdings appear in the library’s catalog.