Nor’easter vs. Clipper: What's the Difference Between These Dreaded Winter Storms? 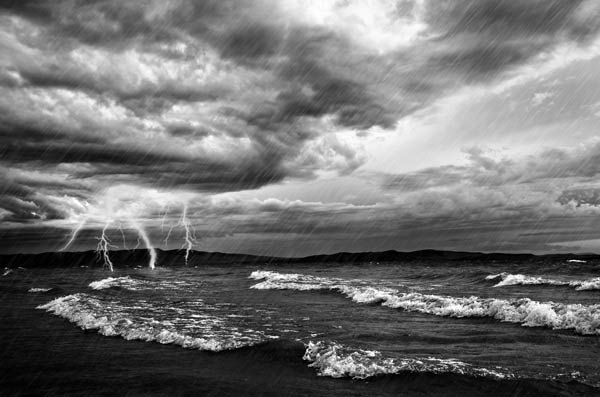 We hear these terms on weather reports, but do we really know what they mean? (I certainly didn’t although I remember friends arguing about which way nor’easters move.) Both are storms and both can impact our area. What are they and how do they differ?

A nor’easter (sometimes called a northeaster) forms at sea, within 100 miles of the Atlantic coast. It is named for the direction of the powerful winds that bring these storms ashore. Nor’easters are most common from September through April although they also occur at other times.

Nor’easters, with winds often reaching hurricane-force, make landfall from New England through the mid-Atlantic regions. Unlike hurricanes, nor’easters are not named. These storms bring frigid temperatures, powerful winds, coastal flooding and blizzards. Notable nor’easters include the Great Blizzard of 1888 and the “Perfect Storm” of 1991.

A clipper (more accurately an Alberta Clipper), however, forms inland as a low-pressure system in Alberta, Canada. These winter storms move southeast into the Canadian plains and the Great Lakes before eventually moving off shore into the Atlantic Ocean—sometimes as far south as the Baltimore/Washington area. Clippers bring quick bursts of snow (one to three inches, with more in the mountains), colder temperatures and gusty winds (35-45 mph). Clippers occur most often from December through February.

There we have it: both are primarily winter storms created by low-pressure systems, both occur most often in fall through spring, both bring wind and snow although in different degrees. However, their points of origin are quite different: the clipper develops inland and moves offshore; the nor’easter begins offshore and moves inland. Let’s hope we’ve seen the last of both of these this winter.

National Oceanic and Atmospheric Administration (NOAA)
Cambridge Guide to the Weather (2000). Ross Reynolds.
Weather: How It Works and Why It Matters (2000). Arthur R. Upgren.
The Weather Sourcebook: Your One-Stop Resource for Everything You Need to Feed Your Weather Habit (1994). Ronald L. Wagner.