'Cat in the Stacks: Four [Games] in February 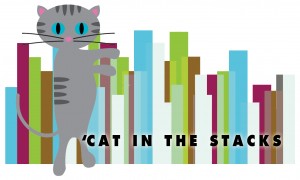 Four in February is a challenge for video gamers established by Mike Suszek of Joystiq. The goal is to complete four games that have been gathering dust on our virtual shelves (particularly those of us stockerpilers whose wallets are weak to Steam sales. Eeep!). While I’ll admit February is a bit of a busy month for me (and for all students, I’m sure), I am going to valiantly attempt the Four in February challenge—even if it means using Spring Break, which is technically March. Gotta hit them books first.

So why am I talking about video games on a library blog? One, because I love them. Two, because I think video games are under-recognized at the scholarly level and offer excellent, new perspectives not only on storytelling techniques, but also data and information dissemination—which is becoming so important in this digital humanities library culture. Trust me, once you master the UIs of a couple of video games, no application will ever stump you again, and you’ll probably begin to broaden your ideas of how information can be interactively organized.

A whole host of misunderstandings and underexposure cloak the artistic and scholarly potential of video games. For one thing, video game technology moves so quickly that for the uninitiated, the word “video game” might be associated with, say, Pac-Man or Pong—which are fantastic achievements, don’t get me wrong, but don’t quite scream “narrative” or “roleplaying” (which, by all means, are not required qualities for all video games any more than romance is required for all novels – but as an English major, narrative and roleplaying tend to be my favored genres). Today, games can look a little more like this: 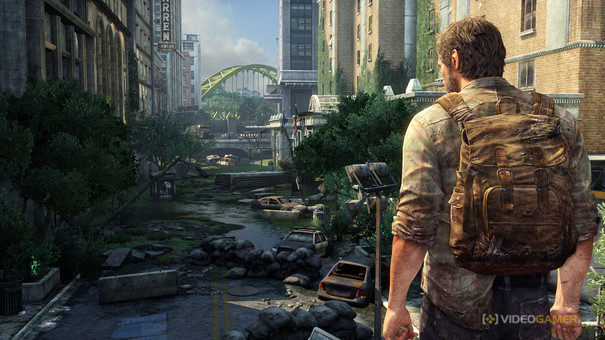 Many have modular stories which branch seemingly endlessly and produce tens of thousands of lines of dialogue.

Needless to say, games can be quite serious business with intense depth and incredible cultural import.

For example, number one on my Four in February list is Never Alone, or Kisima Ingitchuna, released in November of 2014. The game was created in collaboration with the Alaska Native community. It explores “the traditional lore of the Iñupiat people of the Arctic.”  It is what its developers call a “world game” and is “a game that is a thousand years in the telling.” I’ve played through a fair bit of the game so far and it gives me chills— interactivity is such an effective way of keeping the spirit of traditional lore alive, and the kinetic input is far more effective for me (and probably countless others) than textbooks and documentaries. I can’t wait to finish the game and think more about the implications of the world game genre.

LIMBO is another game on my list. A panelist at an Association of Writers and Writing Programs (AWP) conference I attended a few years ago described this title as poetry in video game form. I haven’t played it yet, but given it is frequently referenced in the argument for games-as-art, I’m sure I’ll find much to chew on. Likewise, Dear Esther, which for whatever reason was lost in my library and tragically uninstalled, is also on my list. Like LIMBO, this game has garnered buzz for being highly poetic and experiential.

While debates are ever ongoing regarding the scholastic value of gaming, Falvey Memorial Library needs no convincing – as I love taking every opportunity to remind you, there is indeed a shelf of video game scholarship in our library. Head to the third floor! Click the map below! 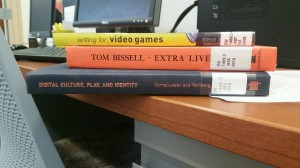 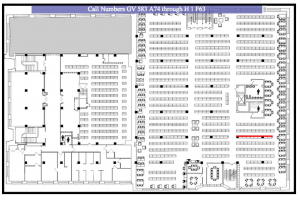 Also, check out the Villanova Electronic Enthusiasts Club (VEEC) most Fridays during the semester from 2:30-4:30 p.m. in the first-floor lounge for some gaming! The VEEC is a social club, focused on recreation and relaxation. Participants gather once a week to play video games in a safe and fun environment.