Born in Bryn Mawr, Father Gallagher was raised in Rosemont, Pa., where he attended St. Thomas of Villanova elementary school and attended West Catholic High School in Philadelphia. In 1955, he entered the Good Counsel Novitiate, New Hamburg, New York, to begin his studies for the priesthood. He earned a Bachelor of Arts (BA) degree in Philosophy from Villanova University in 1960 and also received a Master of Science degree in Library Science (MSLS) from Villanova University in 1965. He earned his Master of Arts in Religious Studies from Augustinian College, Washington, D.C., in 1965. In 1975 Father Gallagher received his PhD in Administration (Higher Education) from The Catholic University of America, Washington, D.C., and he has completed additional studies at Northeastern University, Boston, Mass. 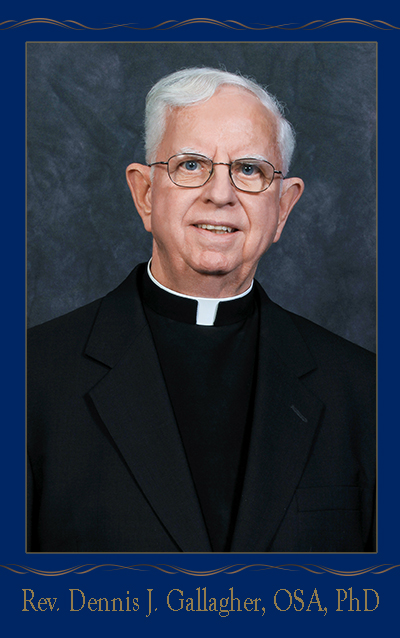 In 1975 he became a professor in Villanova’s Graduate School of Library Science and also served as a residence hall minister in Stanford Hall and in McGuire Hall from 1975 through 1997.

Father Gallagher is the first full-time University Archivist. At the time of his appointment in 1985, he was quite familiar with the University, its history and personnel. University President, The Rev. John M. Driscoll, OSA, PhD, decided that it was important to have a full-time university archivist, someone who could help prepare materials for the upcoming University Sesquicentennial, and Father Gallagher was the logical choice. (Villanova Magazine, Vol II, No. 1, October, 1995, p.13.) Father Gallagher designed a historical exhibit for Villanova’s sesquicentennial. 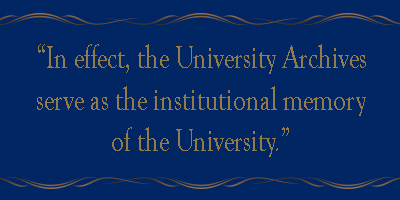 An interesting artifact, currently on exhibit in the University Archives, the original lock and key from Belle Air, the Rudolph mansion which stood where St. Rita’s is now. Belle Air was where Villanova’s first students and Augustinians lived and studied. The lock and key are all that remain of the mansion which was destroyed in a 1912 fire. Some of the earliest student “jug books” listing student infractions from the 1850s are also housed in the University Archives.

Since 1989 Father Gallagher has been the weekend assistant at St. Catherine-St. Margaret Parish in Spring Lake, N.J. He is the spiritual director of the Third Order of Mount Carmel in Spring Lake. Earlier he assisted in other parishes in the Diocese of Trenton, such as Incarnation, Ewing, and St. Alphonsus, Hopewell and from 1975 to 1986 he assisted at the Sisters of the Holy Child Jesus in Rosemont. Father Gallagher is a member of the Knights of Columbus (3rd degree). For his service to community, in 1984 he was inducted into the Chapel of the Four Chaplains Legion of Honor. 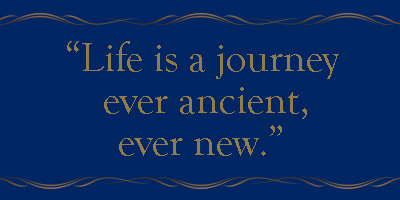 Father Gallagher, despite his schedule as the University Archivist and parish ministry at St. Catharine-St. Margaret Parish in Spring Lake, N.J. on the weekend is also a world traveler. In Italy he has visited Rome (of course), Assisi, Florence, Milan, Pavia, and Venice. He has also visited Ireland, home of his ancestors, many times. He has visited Bermuda, Croatia, Czechoslovakia, Egypt, England, Greece, Istanbul, Turkey, North Africa, Russia and Spain. He has followed in the footsteps of St. Paul the Apostle. He also visited Alaska, Hawaii and the Canadian Rockies.

He is a member of the Delaware Valley Archivists (DVAG), the Mid-Atlantic Regional Conference (MARAC), the Society of American Archivists (SAA) and the Tri-State College Library Cooperative (TCLC) – Archives and Special Collections Interest Group.

Father Gallagher often says, “Life is a journey – ever ancient, ever new.” And he intends to continue this journey for many more years. He has no plans to retire; he would enjoy celebrating the University’s next major anniversary, its 175th.