While mainstream newspapers and magazines are fairly well-represented in the library’s digital collections, minority publications are generally difficult to find in digital and print formats. The wildly popular African American Newspapers: The 19th Century collection from Accessible Archives, which includes the Christian Recorder, is a notable exception. Current news archives such as Lexis-Nexis Academic and ABI/INFORM include a sprinkling of minority news sources, but these are difficult to isolate and coverage is limited. Ethnic NewsWatch, a Proquest collection of minority news outlets, includes a number of important African American newspapers and magazines such as the Chicago Defender, Essence, the Philadelphia Tribune, Pride, and Black Renaissance, but as with most other current newspaper archives, coverage goes only back to the early nineties. 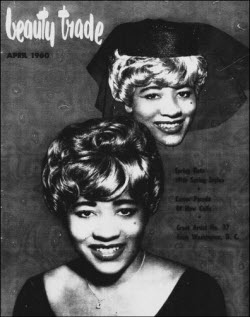 Nevertheless, the collection has its merits. It includes periodicals published in the twentieth century which are generally hard to find in digital collections as a result of copyright restrictions. Students and faculty alike will appreciate access to primary sources which reflect unique African American perspectives on the civil rights and black power movements. The collection includes the Black Panther (1967-1975), the organ of the Black Panther party. There are noticeable gaps in the online collection and the lack of color digitization is unfortunate. On the other hand, the option to download a complete issue, as long as it does not exceed 75 pages, will be much appreciated by readers who prefer browsing to searching. Other noteworthy titles in the collection are the Black Worker (1929-1968), the official organ of the Brotherhood of Sleeping Car Porters, and the African Repository (1825-1892), which was published by the American Colonization Society. Titles such as Beauty Trade (1954-1978) and the music magazine Soul (1966-1976) make for interesting insights into African American popular culture. It is unfortunate that only the first ten years of Crisis: A Record of the Darker Races, the official organ of the NAACP, are included in the collection.

The trial will be running until November 28. Feel free to share the link with other Villanova University faculty and students and let us know what you think.