Dig Deeper: The Village That Cried

As part of the Alumni Author series, James Hedtke, PhD, ’73 MA, professor of history and political science at Cabrini College will be giving a talk titled “They Never Grew Old: The Freckleton, England, Air Disaster of 1944.” The talk is based on his recently published book The Freckleton, England, Air Disaster: The B-24 Crash That Killed 38 Preschoolers and 23 Adults, August 23, 1944. The talk will focus on the crash of an American B-24 bomber into the village of Freckleton on August 23, 1944. The crash and ensuing firestorm killed 61 people, including 38 children in the village elementary school. This tragic event destroyed an entire generation of children in the village of 900 people. In addition, Hedtke’s talk will also touch upon the communal funeral and the village’s almost 70-year attempt to recover from this horrendous incident.

To learn more about the Freckleton, English Air Disaster, explore the resources provided below, chosen and organized by Merrill Stein, liaison librarian for geography and political science.

Freckleton: The Village That Cried 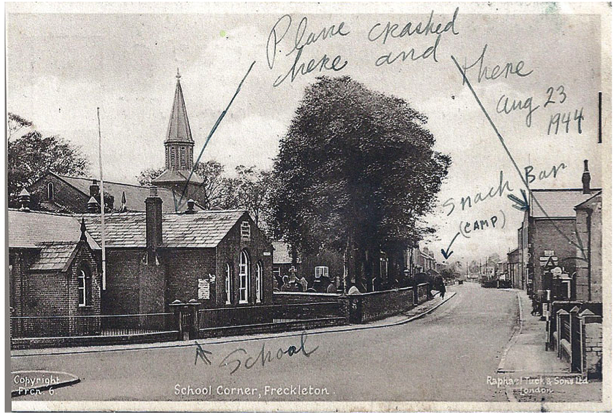 Freckleton, known as “the village that cried,” is located on Britain’s beautiful Fylde Coast, situated in the historic Ribble Valley. It is approximately 230 miles northwest of London in Lancashire county.