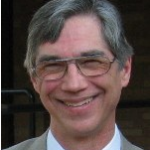 In honor of the 100th anniversary of World War I, Jeffrey Johnson, PhD, professor of history, will be giving a lecture titled “From the Pistol of June to the Guns of August 1914: Beginning the Self-Destruction of Imperial Europe.” The talk will take place Tuesday, Sept. 23 at 4:00 p.m. in room 204 of Falvey Memorial Library.

During the lecture, Dr. Johnson will discuss the background to the European diplomatic crisis of July 1914 that followed the assassination of the heir to the Austro-Hungarian throne, and the various factors that led to war rather than a peaceful resolution of the crisis. He will then outline the initial phase of the fighting, as shaped by the Schlieffen-Moltke Plan that called for an all-out German attack on France through neutral Belgium while maintaining a defensive stance in the East. This plan and its subsequent failure transformed what might have been another localized Balkan war (like two previous ones in 1912 and 1913) into a long global war costing millions of lives and billions in property and resources. Finally, Dr. Johnson will briefly reflect on the broader historical significance of the First World War as the self-destruction of the ancient ideal of European empire, ultimately to be replaced by the modern ideal of international democracy.

This event, co-sponsored by Falvey Memorial Library and the Department of History, is free and open to the public.

Below, Falvey’s team leader for academic integration, Jutta Seibert, has compiled a collection of resources should you wish to further study the topic of Dr. Johnson’s lecture.

New Books About World War I Available at Falvey