Last fall this blog post informed you of a Cave Automatic Virtual Environment, aka “CAVE,” coming to the Library. This summer construction accelerated, and the Villanova CAVE will open soon.

“It sounds similar to watching an IMAX film in 3D,” a colleague informed me. I explained that it’s much more than observing. It’s more like the holodeck from Star Trek, the television series. The Villanova CAVE allows participants to become virtually immersed in a setting in which they can move about and even circle around the 3D image an object, such as a statue or tree, as though they were in the actual setting. The Villanova CAVE also includes sound.

Funding for the Villanova CAVE comes from a $1.67 million National Science Foundation (NSF) grant: “the largest NSF research grant ever awarded to the University.” 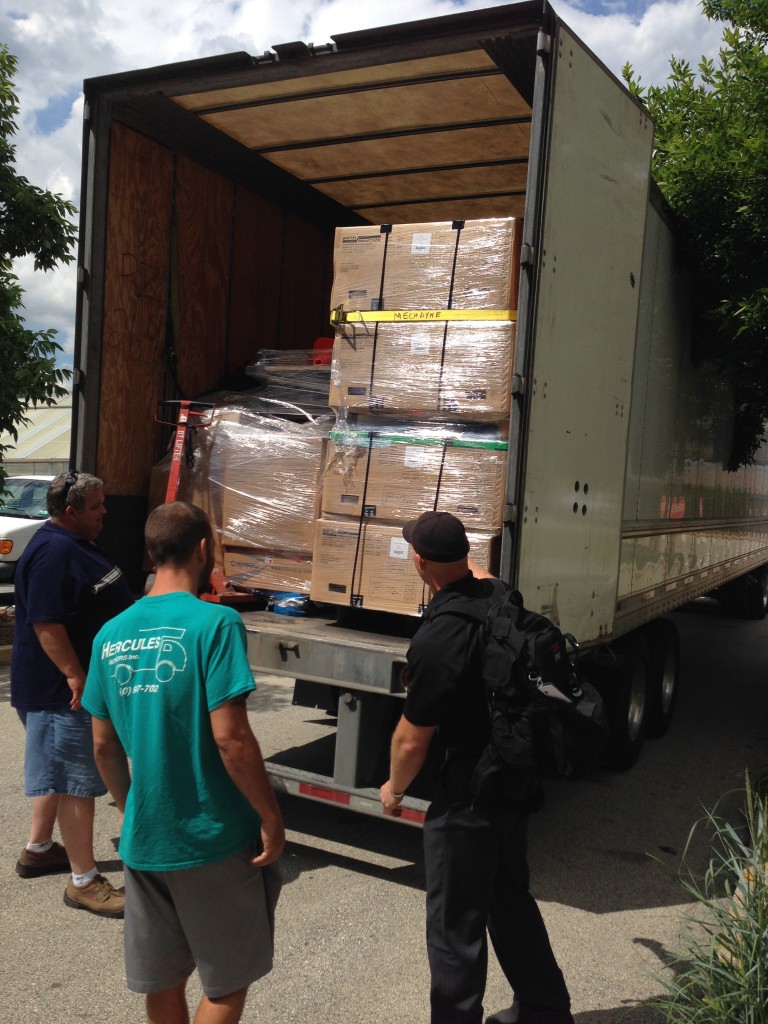 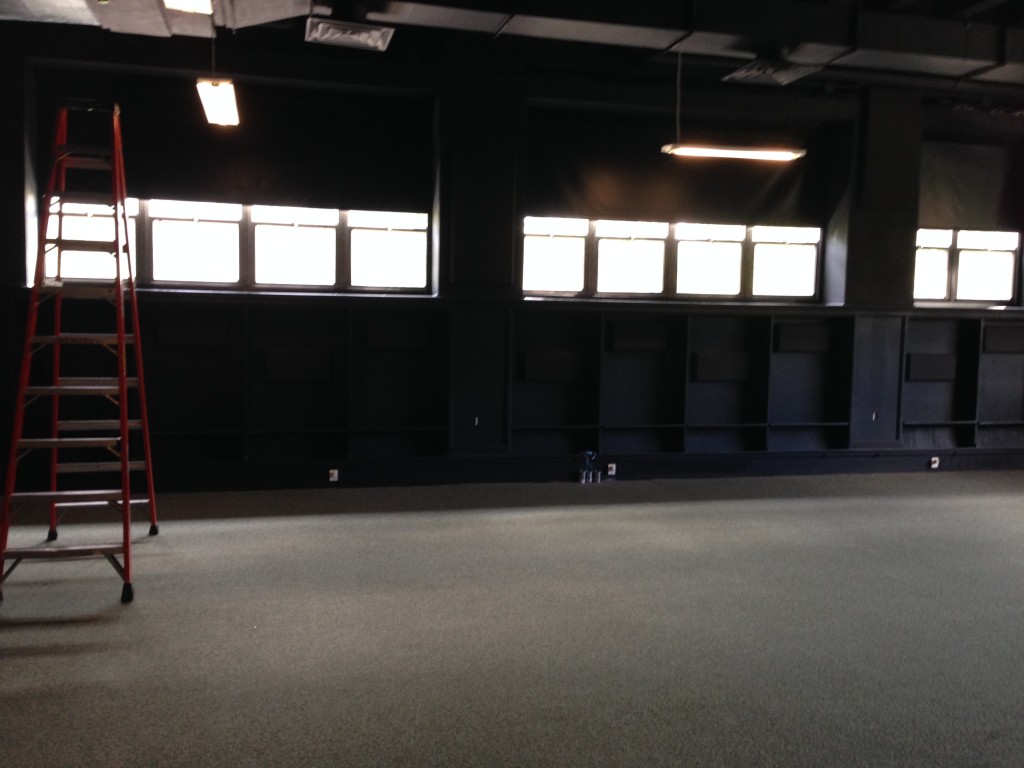 Formerly Viewing Room 4 in Falvey Hall, this space has been prepared to house the Villanova CAVE. 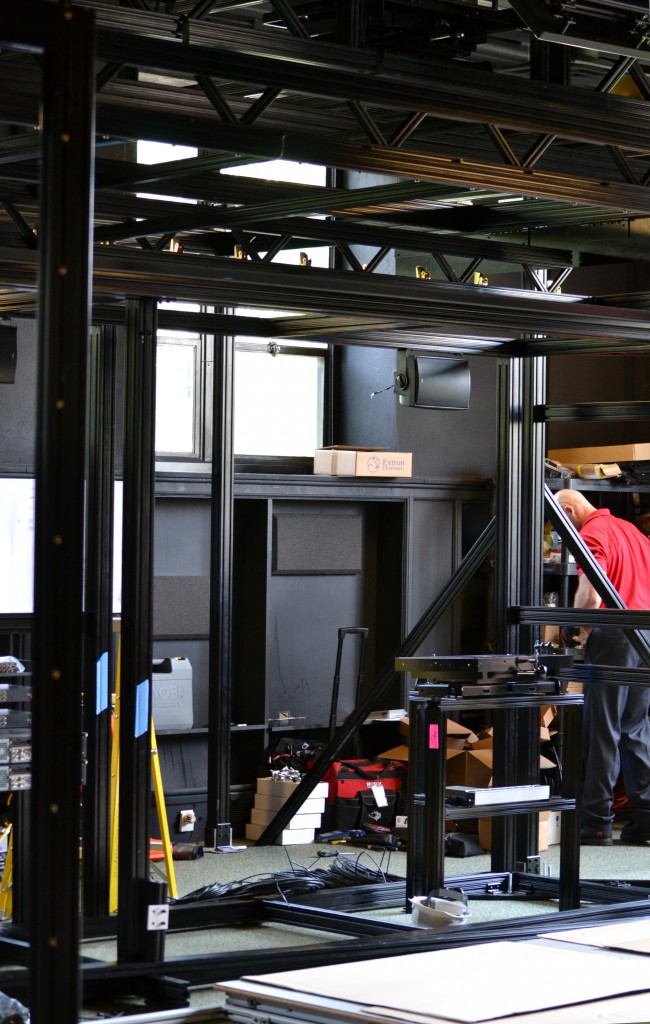 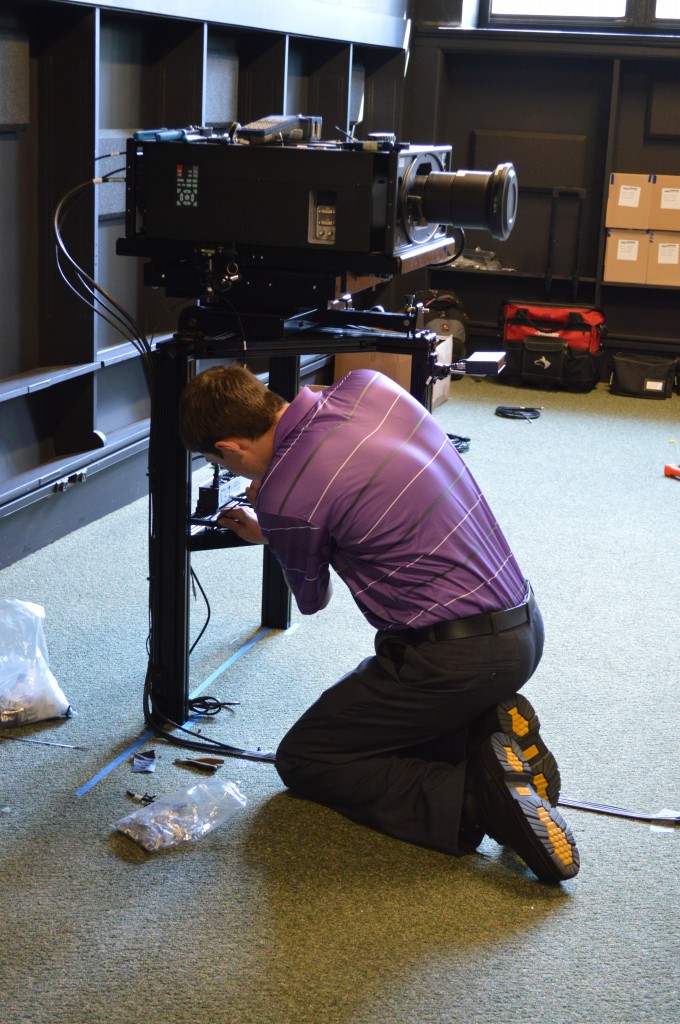 An installer prepares one of the Villanova CAVE’s many projectors. 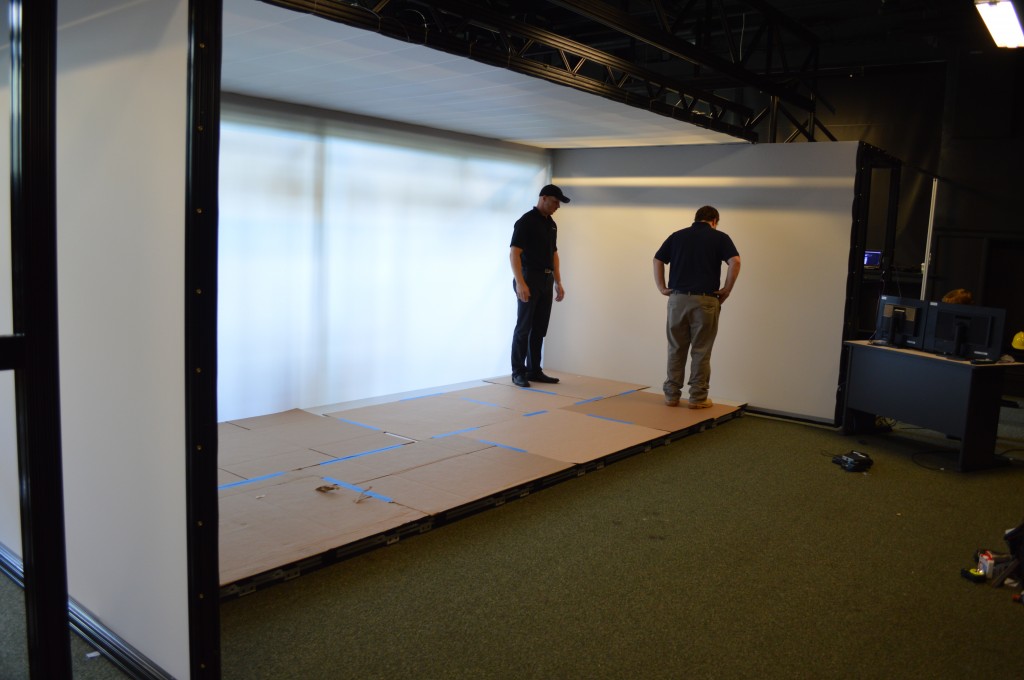 The enclosure begins to take shape. 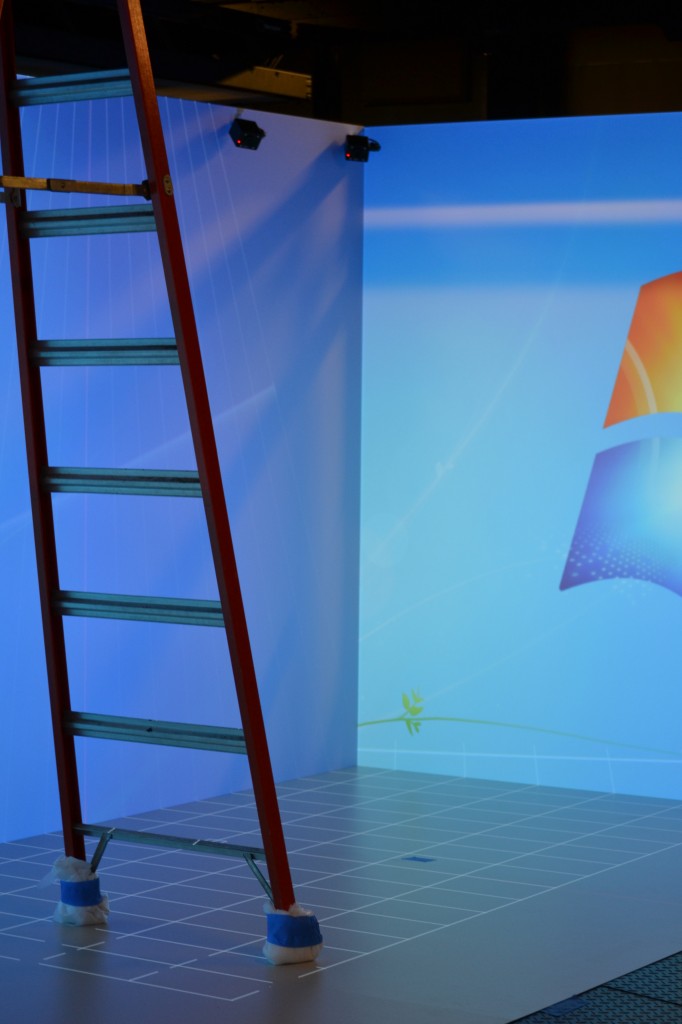