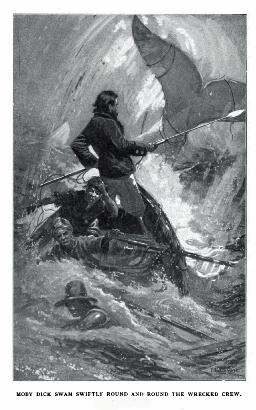 Life on the sea promises adventure, excitement and life-changing experiences. Ever since Homer’s Odyssey, people have enjoyed sea yarns, and some of the most memorable feature sharks. The following seafaring tales—many available at Falvey—will satiate your craving for a satisfying sea yarn.

Rime of the Ancient Mariner by Samuel Taylor Coleridge

The Life and Strange Surprizing Adventures of Robinson Crusoe, of York, Mariner by Daniel Defoe

Mutiny on the Bounty by Charles Nordhoff

“The Open Boat” by Stephen Crane

The Old Man and the Sea by Ernest Hemingway

Twenty Thousand Leagues Under the Sea by Jules Verne

The Hunt for Red October by Tom Clancy

Film—Master and Commander: The Far Side of the World

What’s your favorite sea story? Please use the Comment section to tell us.