A Rooftop Solarium and Other Little-Known Facts about Your Library 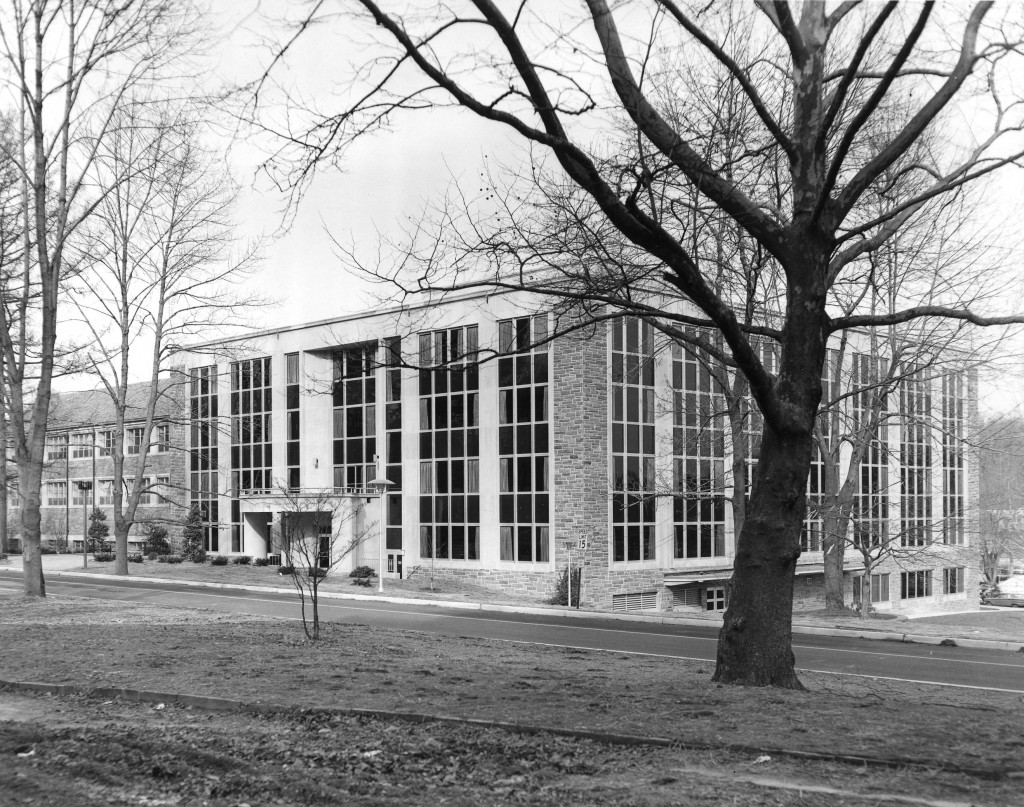 Did you know Falvey Memorial Library existed years before the current building was completed in 1967? May 5, 1963, the Villanova University Library (now called Falvey Hall) was rededicated as Falvey Memorial Library. Planners called the 1967 building an “addition” or “wing” despite its larger size. Learning about the possibilities the planners considered fires the imagination.

A rooftop solarium, for example, was proposed but then declined due to possibility of additional floors being built. The new library had been constructed with “a fortified foundation” that would support additional stories, to be added as needed. Other plans included an outdoor patio and reading area in front of the current 24/7 study lounge. And a second elevator was proposed but declined due to its cost.

An architect had planned a doorway between Falvey Memorial Library (Falvey)’s third floor and Falvey Hall. Those plans changed, but a recess in Falvey’s third-floor wall remains. Falvey Hall’s exterior stonework is visible at the back of this niche. A statue of Mary, the mother of Jesus, now occupies that alcove.

For reasons unknown, the new building lacked a first-floor public restroom. That deficiency remained until the renovation of the library’s first floor in 2004.

Looking back from 2014, I think readers would agree that some of Falvey’s features turned out better than planned. For instance, planners did not intend to have windows in the fourth-floor wall adjacent to Falvey Hall because the view would be dominated by Falvey Hall’s roof. But the glass was less expensive than bricks, so windows were installed. Despite the mundane view, those windows do bring a great deal of natural light into the Library.

And the then-futuristic ceilings throughout the building, which conserve space by integrating lighting and HVAC systems with sound-absorbing acoustical panels, were designed by a Villanova University professor of mechanical engineering.

Article by Gerald Dierkes, information services specialist for the Information and Research Assistance team, senior copy-editor for the Communication and Service Promotion team and a liaison to the Department of Theater. Bottom photo by Joanne Quinn.