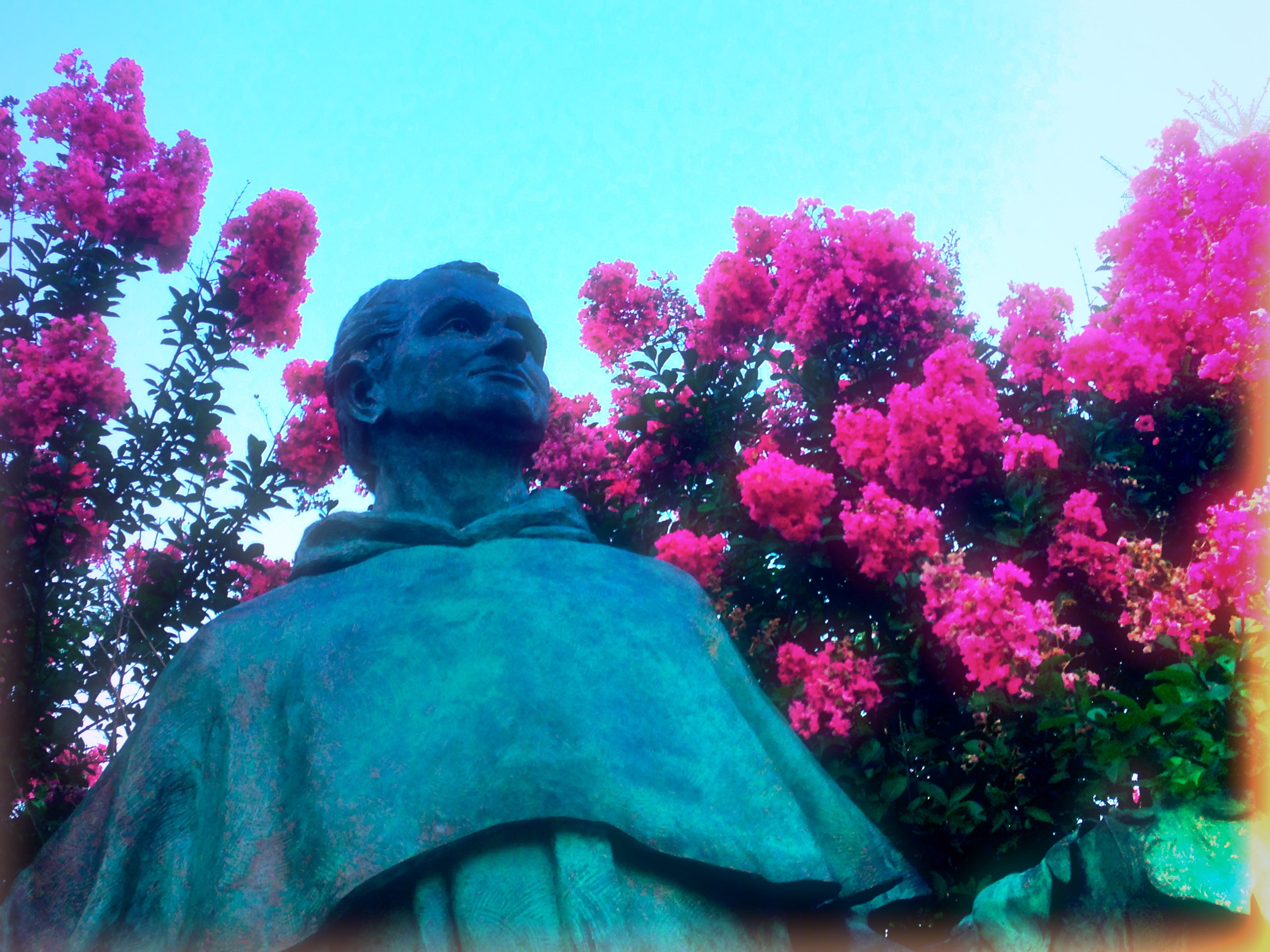 Today is the 192nd anniversary of the birth of Gregor Johann Mendel, a V.I A. (very important Augustinian) here at Villanova and a great day to visit one of the most beautiful corners of campus, tucked right behind the library!

On the plaza to the right of the east entrance to Mendel Science Center, there stands a seven feet tall, cast bronze statue of Gregor Johann Mendel (1822 – 1884), the Augustinian priest who discovered the laws of heredity by studying peas, and the scientist for whom the Science Center is named. Suitably enough, the statue is surrounded in a blaze of fuchia crepe myrtle each year in time for the great geneticist’s birthday. The sculptor, James Peniston, signed and dated his work on the lower back right (as one faces the same way as does Mendel).

Peniston, who lives and works in Philadelphia, tells how he came to create the statue in 1998, “There’s one [of my sculptures] at Villanova University, a sculpture of Gregor Mendel that the monks commissioned to stand in front of their science center. They came to the foundry where I worked – Laran Bronze in Chester – and asked if anyone could sculpt a 7-foot figure in two months. And the foundry owners asked me whether I could, and I said, of course I can. Then I had to figure out how to do it!”

“One of the challenges of the Mendel was drapery robes. For reference, I studied some of the sculptures down along the Schuylkill River, along Kelly Drive. They have some really fine robes and capes.” 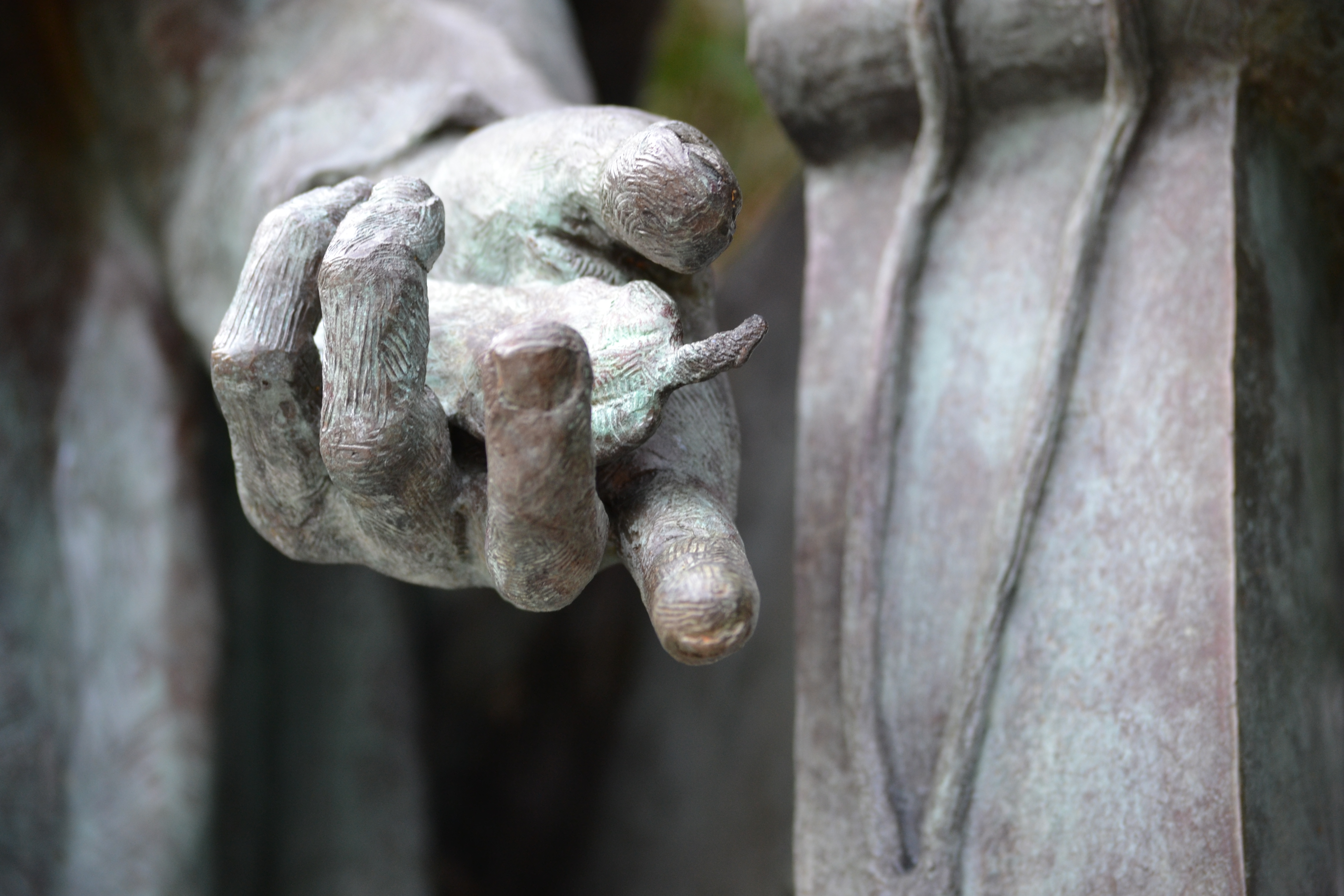 Artists have made cast bronze sculptures throughout the history of art, at least since the time of the Ancient Greeks. If you look closely at Villanova’s statue of Gregor Johann Mendel, you can see the marks of the sculptor’s tools which he used to shape the clay model for the statue.

For more on Peniston, click here. And to see Peniston’s explanation for bronze casting see here. For more information about the Mendel statue see here. And for much more for about Mendel go here. And don’t miss tomorrow’s blog for a delicious way to serve those peas once you’ve finished cross-breeding them!