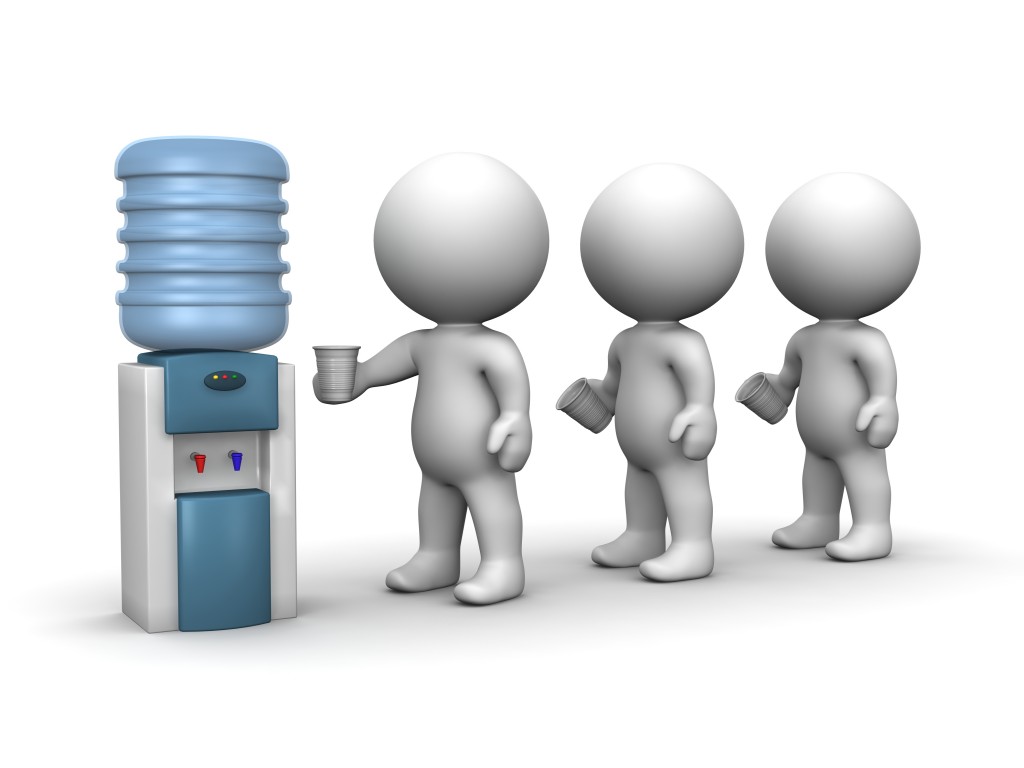 The water cooler in office suite 235 is a popular spot with numerous daily visitors. When the University changed its water supplier to Deer Park, that name triggered a memory of a small town in the Appalachian Mountains of western Maryland, a town that my family drove through every weekend from May through October. Could the water in my office cooler come from that Deer Park? Well, the answer is yes and no.

Deer Park, Md., in the later 1800s was a summer resort in Garrett County catering to the rich and famous; President Grover Cleveland and his wife, Frances, spent their honeymoon there in June 1882, and three other American presidents – Garfield, Harrison and Taft – visited the resort. A Maryland Historical Society roadside marker says, “This was one of the most exclusive mountain resorts in the East.” What brought these “nationally prominent people” to rural western Maryland, and what does this have to do with Deer Park water? 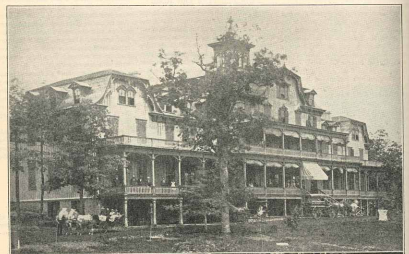 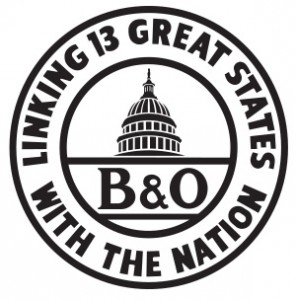 Affluent people from Baltimore, Washington, Philadelphia and other locations along the route of the B&O stayed at the hotel and its cottages or built their own summer cottages near the hotel, creating the town of Deer Park. These “cottages,” by our standards, were houses, two to three story structures with many rooms, large porches and even servants’ quarters; some are still standing. What drew people to this area was the summer climate, the fresh mountain air, a welcome change from the hot, humid weather in the cities, and the easy access via the B&O. An advertisement for the hotel says evenings are cool and daytime temperatures rarely go above eighty degrees Fahrenheit. (I can vouch for the truth of this statement – in an unheated cottage a few miles away, I slept under a blanket every summer night.)

The B&O owned a spring, locally called the Boiling Spring, in the vicinity of the Deer Park Hotel. The water bubbled up through white sand, hence the name, Boiling Spring. Originally a small rustic building with heavy wire netting sides protected the spring which was surrounded by acres of virgin timber. This spring, said to be one of the finest natural springs in the United States, had a daily flow of about 150,000 gallons. The railroad bottled Boiling Spring water as Deer Park water and served it in the Deer Park Hotel and in the B&O dining cars, but never sold the water. The Boiling Spring also supplied the water for the hotel’s swimming pool and spa. 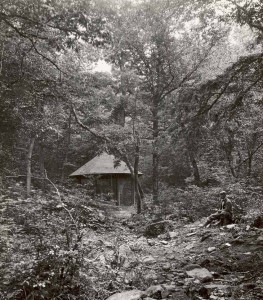 In the 1950s a new pagoda-style spring house replaced the original rustic building, and the spring water was treated by a hypo-chlorinator in a new bottling plant, despite the B&O’s claim that the water was “one of the purest waters to be found anywhere.” Water, labeled as Deep Park Spring Drinking Water, was bottled at the spring for service on the railroad’s dining cars into the 1960s.

Nestlé Waters North America purchased the spring and approximately 850 acres surrounding it in 1987 and began selling bottled Deer Park® Brand 100% Natural Spring Water. Nestlé Waters NA began in 1976 and at that time sold only Perrier® Sparkling Natural Mineral Water. The company expanded to its current fifteen brands of bottled waters and teas, Deer Park® water among them. This brand is sold in the mid-Atlantic and southeast.

But are we really drinking water from the original spring, the Boiling Spring, located near the old Deer Park resort hotel? According to a 2001 story in the Baltimore Sun newspaper, Nestlé “announced that it was finally turning off the spigot of its Deer Park Mountain Spring Water plant in Garrett County, and shipping bottling elsewhere. … Starting in September, its production will be switched to plants in Allentown, Pa., and Florida, ending its association with the Western Maryland town of its birth.” 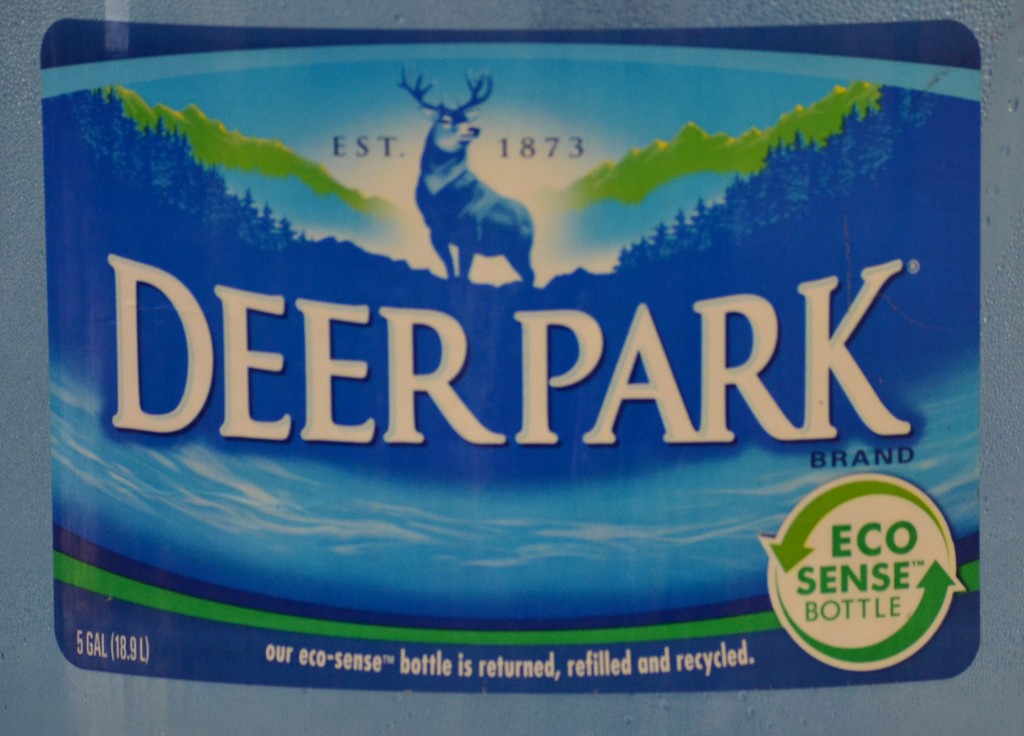 The company itself says (in a statement revised in December 2012), “Due to the tremendous popularity of the brand, we have carefully selected additional spring sources in many other areas that will continue to deliver the great taste of Deer Park® Brand Natural Spring Water for many years to come.” The springs used as sources are located in places such as Bangor, Stroudsburg, New Tripoli, Hegins, South Coventry and Pine Grove, Pa.; Hohenwald, Tenn.; St. Albans, Maine; Lake County, Pasco County, Liberty County and Madison County, Fla.; and Oakland, Md. Oakland is the county seat of Garrett County and only a few miles from the town of Deer Park. (Could this location refer to the original spring, the Boiling Spring near Deer Park?)

So what exactly are we drinking? Spring water, yes, but not necessarily from the Deer Park spring. And as of December 2012, this drinking water contains a variety of minerals: calcium, sodium, potassium, fluoride, magnesium, bicarbonate, nitrate, chloride and sulfate. The pH ranges from 5.6 – 8.3. The mineral content “contributes to the legendary taste of Deer Park® Brand Natural Spring Water. … This … is what gives …[the water] its personality”
Fresh water drawn from natural springs and brought to us in 5 gallon recyclable, refillable bottles set on a cooler: this is what we are drinking. Does it actually have to come from that old western Maryland spring for us to enjoy our conveniently located source of cold water?