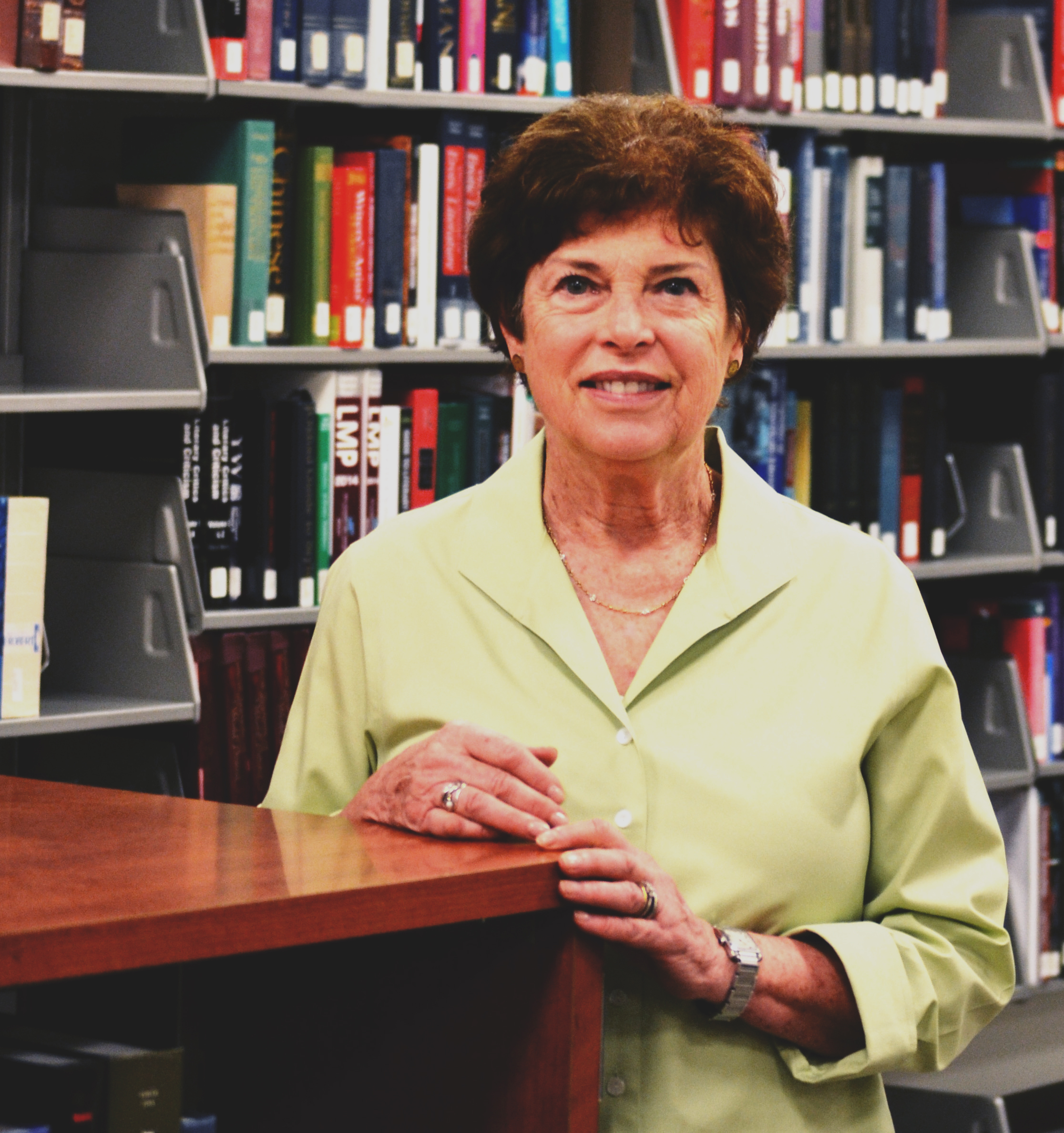 Frances (Mimi) DiLenge, Academic Integration technical specialist, retires at the end of June after working for more than twenty years in Falvey Memorial Library. She was hired by Susan Markley in the Periodicals Department.

After the Library was reorganized by former Library Director Joe Lucia, DiLenge began working for Jutta Seibert, Academic Integration team leader. As part of her duties with Academic Integration, DiLenge works with the reference librarians. She is also among a group who trained to work at the Information Desk, working first for Theresa Bowden, then with Jackie Mirabile (both now retired). When the Information Desk was discontinued, DiLenge became a supervisor in Access Services as her secondary assignment. She also transcribes handwritten documents for the Digital Library, reporting to Michael Foight, Special Collections and Digital Library coordinator.

Interim Library Director Darren Poley says, “Her work with Academic Integration and at the desk is appreciated. … [Her] smiles and good cheer have been a great encouragement to staff and patrons/guests alike.”

“Mimi,” says Jutta Seibert, “has been an Academic Integration team member since the very beginning in 2006. Her positive outlook and approachable nature will be much missed. Mimi never got tired of tracking down missing books and clearing up local holdings information so that catalog records could be updated. This is important behind-the-scenes work that is often neglected because it takes so much time and dedication and yet it is such critical information for librarians and patrons alike. Mimi made sure that documentaries and feature films which are actively used in the classroom were converted from VHS to DVD. She managed the annual review of lost and long overdue books and recently assisted librarians with a long overdue inventory of the print collection. Most patrons will know Mimi from her work at the information and circulation desk where she assisted patrons for many years,” Seibert adds.

DiLenge lived in Broomall as a child. She graduated from Immaculata College (now Immaculata University) with a bachelor’s degree in French. She received her master’s degree in Library Science from Villanova University and worked as an elementary school librarian before starting her family. DiLenge worked as a travel agent for a number of years before coming to Falvey and says “I continue to keep my hand in the travel business.”

“My retirement will allow me to spend more time with grandchildren, travel, garden, sew and do some volunteer work,” she says.

Article and photo by Alice Bampton, digital image specialist and senior writer on the Communication and Service Promotion team.