What Does Your Father Read? Roundup 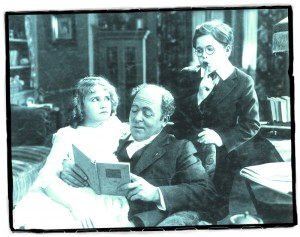 When your father used to come home from work, did he unwind with The Evening [Philadelphia] Bulletin, Sports Illustrated, or Popular Mechanics? Or did he kick back with a bestseller by David McCullough, David Bradley or Dave Barry?

Falvey Memorial Library staff members offer their responses below. How about you? What does (or did) your father read? Please contribute your father’s favorite titles/authors in our comments section.

My Dad who was only an occasional reader liked Frank Herbert’s: Dune (1965). He encouraged me to read Ursula LeGuin‘s: The Word for World is Forest (1976).

My dad read J.R.R. Tolkien’s  The Hobbit and all three Lord of The Rings books to me when I was between the ages of 8-11 or 12ish. He did all of the voices and his Gollum in particular was perfect years before the movies ever came out. Having those books read to me at such a young age really influenced my imaginative aesthetic. One of my childhood friends, with whom I’m still close, called me when the movies came out to say “OH MY GOD, this is what we used to play when we were kids!! I had no idea!! And you weren’t kidding – those black rider things are terrifying!” She never read the books, but I used to always make her play Lord of The Rings with me when we were little. I’ve reread them many times since and they will always have a very special place in my heart because I shared them with my father.

My father wasn’t much of a reader; he much preferred outdoor activities. But he had subscribed to National Geographic from early adulthood until he died. He kept every issue; they were stored in a  large bookcase and we – my sister and I – had free access to them. As a small child I enjoyed the photographs, originally in black and white and later in color  – perhaps this helped inspire my love of photography – and later I enjoyed reading the stories. My father also kept his set of the Book of Knowledge, a children’s encyclopaedia that contained all sorts of articles: biographies, science, literature, how to make things, etc. These were in the same bookcase as the National Geographics and also provided considerable entertainment on days when we couldn’t go outside to play and in the evenings. (Since we lived in the country,  television wasn’t available out there until I was in high school.)

Dad served in the Army, during World War II, and I believe this major event led to him to be become a voracious reader on the subject of the Third Reich and its major players.  I especially remember him reading Albert Speer’s Spandau : the Secret Diaries and The House on Garibaldi Street : the First Full Account of the Capture of Adolf Eichmann as well as many of the works on Adolf Hitler.  Dad was an avid collector of all 39 volumes of the Time-Life’s series, World War II, and when each volume arrived, he read them cover to cover.

My dad had the same pile of reading material sitting on the old metal tray table next to his La-Z-Boy for years…I always suspected it was mostly untouched. There was something there called The Golfer’s Trilogy, a slim three volume set that was written by some combination of Jack, Arnie or Sam, and fitted into a glossy cardboard sleeve. I think it came free with the subscription to Golf Digest or whatever other golf magazines were stacked there as well. He also hung onto the issue of Sports Illustrated with Steve Carlton on the cover long past its shelf life. That was 30 years ago, but he still has a recliner and a tray table and a pile of stuff that also doesn’t seem to change all that often: Remembering Harry Kalas. A pile of Ireland of the Welcomes, a subscription sent and renewed for him year each by a distant cousin. But it’s his love of the paper, the daily paper, that pushes his time spent reading into the stratosphere. Though he and my mom moved to Ocean CIty, N.J., almost 20 years ago, he still picks up the Delaware County Daily Times every single day. He also enjoys the Ocean City Sentinel & Inquirer as well. He’ll tell you it’s because he likes the puzzles – and, with an elbow, wants to double check that he’s not listed in the obits.

When I was around 11 or 12 years old, I either ran out of or lost interest in the Judy Blume and Baby-Sitters’ Club books that I loved to read so I began to search my house for other reading materials. In my father’s closet, I found a trunk of new and more exciting things to read including Donald Goines novels, Women, Culture, and Politics by Angela Davis, and this this gem of a book: The Autobiography of Malcolm X. To this day this it is one of the most profound literary works I think I have ever read. It was brazen, bold, and political. I loved it. I also enjoyed Angela Davis’s book too. The discovery of these works not only matured me as a person but evolved my scope of interest and reading selection.  Now that I am reflecting, sneaking in my father’s closet to read that biography has shaped some of the things I am most passionate about in my life.