This Spring I worked as a Digital Library Intern at Falvey Memorial Library, working out of the Special Collections and Digital Library Team. I spent most of my time scanning primary sources, describing them with metadata, and making them available to the world on Villanova’s Digital Library.

As part of my main project as an intern, I scanned and described a significant portion of the Ships’ Papers Series, part of the Barry-Hayes Papers on loan for digitization from the Independence Seaport Museum in Philadelphia. I enjoyed reading and handling the vellum manuscripts that I scanned, and understanding what documents were necessary for a ship to complete a successful mercantile voyage. Through bills of lading, oaths of ownership, invoices, account statements, and consular documents, I could trace the voyage of a ship and understand how merchants exchanged goods.

I also came to understand how the Ships’ Papers reflected special circumstances in trade, such as shipwreck or war. I scanned and described marine protests, documents in which seamen testify to a consul or notary public about damage to a ship, meant to protect the owner of the ship against liability for damaged cargo (vudl:323486, vudl:324171). Several documents were produced during the Napoleonic Wars and the War of 1812 and reflected the realities of trade in wartime. In January, 1813, Henry Wellesley, the British Ambassador to Spain, signed a license of protection for the Brig Ranger, leaving Spain for the United States. The brig could proceed to any U.S. port “without molestation on account of the present hostilities.” (vudl:323355) 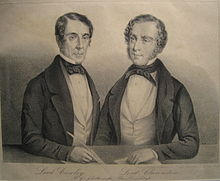 Furthermore, the Ships’ Papers Series introduced me to interesting lives and stories from the early nineteenth century. For example, Benjamin Nones signed and notarized many proof of ownership documents in the Ships’ Papers as notary public of Pennsylvania (vudl:324233, vudl:324241, vudl:324024). Nones was a Jew who had fought in the Revolutionary War and served on the staffs of General Washington and Lafayette, and later settled in Philadelphia. As a Jeffersonian and father of fourteen, he defended himself from attacks written in Federalist newspapers about his religion and poor finances. In a passionate reply published in the Philadelphia Aurora, he defended his faith, reminded Federalists of his military service, and contrasted Republican defense of religious freedom with the persecution of Jews under European monarchies. The Ships’ Papers also include documents signed by William Jarvis, an American consul in Lisbon appointed by Jefferson (vudl:324171). During the French occupation of Spain in the Napoleonic wars, as well as a British embargo on wool exports to the U.S. that influenced the War of 1812, Jarvis bought and smuggled 3,500-4,000 merino sheep through Portugal to the U.S. He gave merino sheep as gifts to Thomas Jefferson and James Madison and started a successful sheep farm in Vermont. 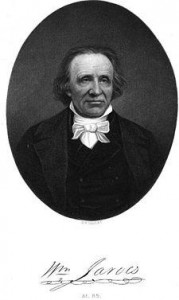 Because Special Collections often supports several projects at a time, contingencies allowed me to contribute to other interesting projects. I helped digitize materials from institutions in the Delaware Valley related to World War I, to be featured in Home Before the Leaves Fall: The Great War, 1914-1918, a web project to reveal local World War I sources for scholarship. I also contributed annotations to an upcoming republication of two dime novels by prolific author Frances Doughty. Everyday unique, rare, or just plain odd items passed before me: a tea bag enclosed in a pyramid made of edible paper, General Sherman’s frock coat, early twentieth century Hebrew and Irish joke-books, maps of late nineteenth century New York City, the scrapbook of a vaudeville entertainer, private detective, and ambulance chaser, and stolen library items from a repentant alumnus. In addition to gaining a firm understanding of resource description in digital libraries, as a digital library intern I reinforced my interest in history and the diverse stories it has to tell.