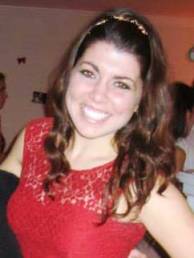 When Jake was young I lost him in the crowd.
He had been holding my hand, and I turned around,
Just for a second.
It’s like that, the quickened pulse, tight chest,
Over-firing neurons – panic.

If FEMA can’t help,
Where will he go?
Sandy will rip us apart,
More inconvenient debris
scattered across the city.

Sarah Garland, a Class of 2014 Creative Writing Awards contestant, says “‘Taken’ was written as part of a project for my literary festival class, for which we were asked to write a series of poems from different narrative points of view.  The speaker in ‘Taken’ was inspired by the stories and people I met on my break trip to areas destroyed and slow to recover from the devastation of Hurricane Sandy.”

Sarah Garland is a senior English major from Severna Park, MD.  She is has been on two break trips and is involved with sorority and Villanova Ambassadors.

Like this poem? Come to the Open Mic Poetry Reading, Wed., April 23, 12 – 1 p.m. and you may get to hear this author read her poems. You’re also welcome to share your own.