In an effort to further bolster its support to the pioneering field of the Digital Humanities, Falvey Memorial Library recently embraced AFD Style, a model for citation and composition that incorporates technologies in the expanding world of social media. The AFD Style offers interdisciplinary formatting guidelines that utilize social media technologies across the board, including those provided by Twitter, Facebook, Reddit and Snapchat.

The AFD Style Book leverages the power of social media as a means of verifying discursive notation, providing a feature-rich user experience for the reader. For example, where former styles such as the MLA identify the source of a quotation by referring to a work’s cited page at the end of a paper, the AFD requires direct hyperlinks to the quoted scholar’s LinkedIn profile or Facebook page. Where the Chicago style uses footnotes as a means of clarifying or expanding a point, the AFD offers guidelines for directly embedding YouTube or Vimeo clips of a writer defending his/herself against potential counterarguments.

The AFD format is the brainchild of Chaz Q. Queue, a Silicon Valley entrepreneur and intellectual who developed the style guide in consultation with several focus groups and think-tanks on the west coast. Mr. Queue first entered the academic spotlight in 2010 when he created an iPhone and Android app called Study Face, a hugely popular program that allowed students to live-stream their contemplative expressions during lectures and then broadcast them to other Study Face users. “The 21st Century will be all about social scholarship,” Mr. Queue said in a recent Skype interview from the ChazCorp offices in San Jose. “The AFD empowers the kind of nonlinear thinking and digital interfacing sorely lacking in the academic world. By requiring that all papers be posted to the Reddit subforum r/college, for example, and insisting that they meet a minimum quota of Reddit Gold before publication, we’re truly shattering the ivory tower mentality that plagues most universities.” 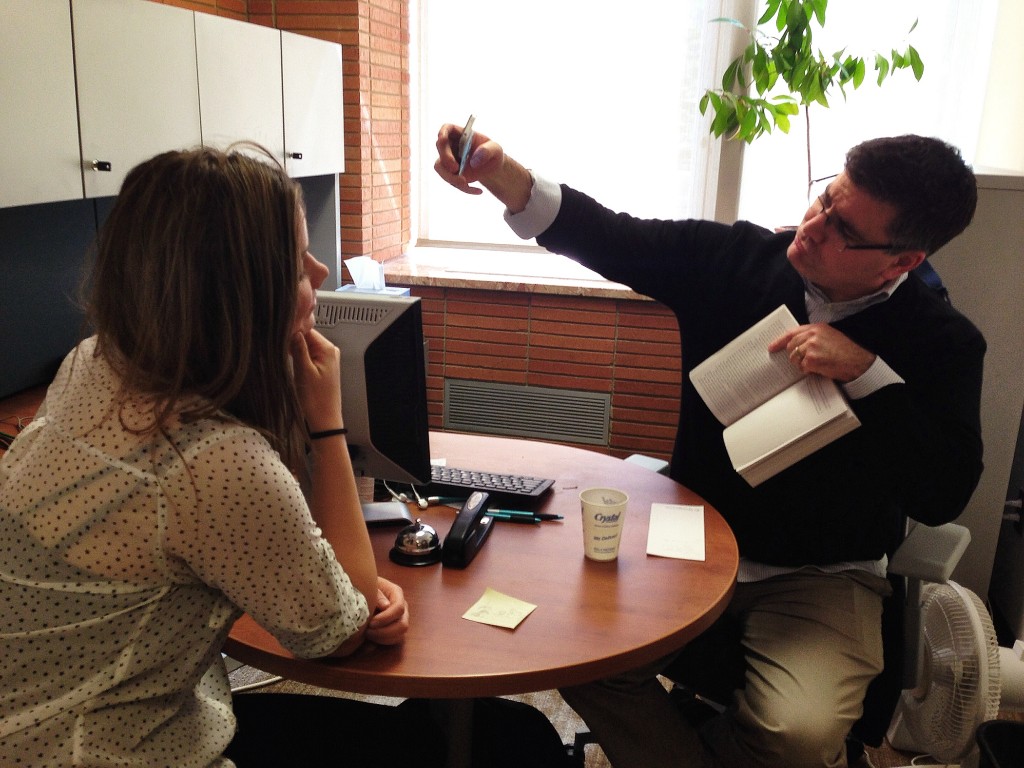 Falvey Memorial Library will offer a series of AFD Style Workshops beginning next week. First Year Experience Librarian and Liaison to the Humanities Department Robert LeBlanc will lead the workshops. LeBlanc’s classes will help students develop crucial AFD skills such as how to make a Selfie Citation and how to develop a strong argument with compelling evidence in 140 characters or fewer.

Article by Corey Waite For It Arnold, writer and intern on the Communication and Service Promotion team. He is currently pursuing an MA in English at Villanova University.