Continuum: Falvey is the Place to Be 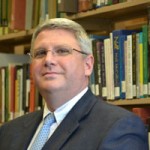 With hints of spring in the air, I hope the Villanova community has been faring well during the recent severe winter weather. I need to inform you about a schedule change and a noteworthy event.

In response to the University’s plan to schedule make-up classes on Sundays as compensation for snow days, Falvey is offering expanded hours. The Library will be open two hours earlier (including collection access and desk services) on the following Sundays: March 16, March 23, March 30, April 6, April 13, April 27 and May 4—in other words, from 10 a.m. to midnight on the Sundays for rescheduled classes and for the last week of exams. The library’s first-floor lounge and Falvey Hall (aka Old Falvey), as places to study, are still Wildcard accessible 24/7.

Despite the weather’s disruption to classes, event programming in Falvey has not been hindered. We have been the venue for 62 events and meetings in the spring semester so far. It looks as though the Library will have hosted or sponsored close to 200 again this academic year.

One library event that is on track for at the end of the semester is the annual Falvey Scholar Awards.

Falvey Memorial Library is now gathering Falvey-Scholars-Award nominations from faculty members who work with undergraduates on a senior thesis or capstone project. The individuals or teams of Villanova seniors who are accomplishing the most outstanding undergraduate research should be nominated.

The faculty-nomination deadline is April 4. We also welcome nominations before the April 4 deadline.