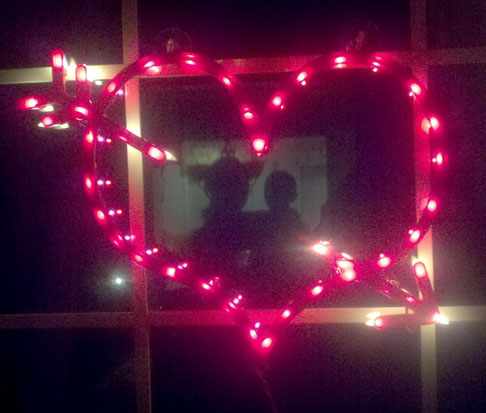 Expressing one’s love to another is a celebrated custom on Valentine’s Day. Sweethearts and family members present gifts to one another, such as cards, candy, flowers and other symbols of affection. Opinions differ as to who was the original Valentine, but the most popular theory is that he was a clergyman who was executed for secretly marrying couples in ancient Rome. In A.D. 496, Pope Gelasius I declared Feb. 14 as Valentine Day. Esther Howland, a native of Massachusetts, is given credit for selling the first mass-produced valentine cards in the 1840s. The spirit continues today with even young children exchanging valentine’s cards with their fellow classmates.

Number of U.S. manufacturing establishments that produced chocolate and cocoa products in 2011, employing 35,538 people. California led the nation with 122 of these establishments, followed by Pennsylvania, with 109. Source: U.S. Census Bureau, County Business Patterns: 2011, NAICS code (31132) and (31133). More information can be found here.

The estimated value of shipments in 2011 for firms producing chocolate and cocoa products. Source: U.S. Census Bureau, 2011 Annual Survey of Manufactures, Products and Service Codes (311320 and 311330)

The value of imports for cut flowers and buds for bouquets in 2013 through Oct. The total value of fresh cut roses as of Oct. 2013 was $354,703,231. Source: U.S. Census Bureau: Foreign Trade Division USA Trade Online U.S. Import and Export Merchandise trade (Commodity code-060319)

The estimated number of jewelry stores in the United States in 2011. Jewelry stores offer engagement, wedding and other rings to couples of all ages. In Feb. 2013, these stores sold an estimated $2.8 billion in merchandise. Sources: U.S. Census Bureau, County Business Patterns, NAICS code (448310)  and Monthly Retail Trade and Food Services.

Laura Hutelmyer is the photography coordinator for the Communication and Service Promotion team and special acquisitions coordinator in Resource Management. And thanks to Merrill Stein, librarian and liaison to the Department of Political Science, for supplying the Valentine facts and figures.