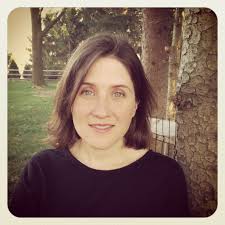 This Wednesday, Nov. 20, Cristina Soriano, PhD, holder of the Albert R. LePage Endowed Professorship and assistant professor in the Department of History, will deliver a lecture as part of our ongoing Scholarship@Villanova series. The lecture is entitled “The Revolutionary Contagion: Pamphlets, Rumors, and Conspiracies in Venezuela during the Age of Revolutions,” and explores the many fascinating connections between plebeian literary practices, webs of circulation of information, and the emergence of social networks for political mobilization in colonial Venezuela.

Falvey Memorial Library has numerous resources related to Dr. Soriano’s research for those who would like to learn more about the revolutionary movements in Latin America and revolutionary print culture.

For those who would like to read more about the relationships between print and politics in early modern history, we recommend—

Need to brush up on your knowledge of Venezuela’s history? The Encyclopedia of Latin America History and Culture is a great starting point.

Article by Corey Waite Arnold, writer and intern on the Communication and Service Promotion team. He is currently pursuing an MA in English at Villanova University.