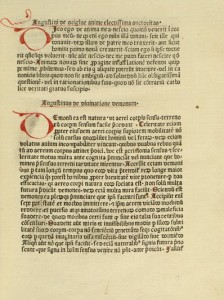 Today marks a significant milestone for Villanova’s Digital Library: the 20,000th item scanned for the public was made available today!

De duodecim is a short work on the virtues of living a Christian life and in this edition has been attributed to St. Augustine. It has also in other early works been attributed to St. Cyprian, and is now believed to be the work of an anonymous author living in Ireland, around the year 650 CE. Widely referenced in other works even into the modern era, it was translated into English and appears in 1590 under the title: “A Looking Glass for England” as a call to faith. This particular edition was published in a private monastic community press in Nurnberg around the year 1480 and has rubricated initials; these show that even in the incunable era, printed works continued to present aspects of the older manuscript culture. 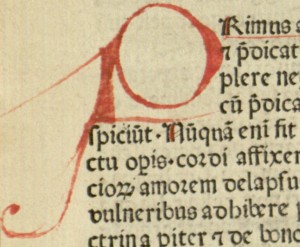 This item is part of the Contributions from Augustinian Theologians and Scholars collection which collects together works by members of the Augustinian Order, as well as resources by and about Saint Augustine of Hippo.