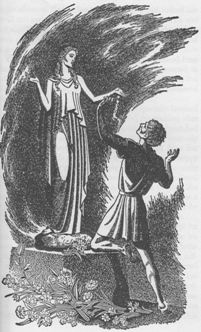 The story originates from ancient mythology: Pygmalion, a sculptor, chisels his ideal woman, Galatea, out of stone and subsequently falls in love with his creation. Incidentally, the notion of an artist sculpting a statue of his ideal woman and then falling in love with it formed the plot of a 1987 film titled “Mannequin.”

Shaw’s play, with a professor (Henry Higgins) instead of a sculptor and a live person (Eliza Doolittle) instead of a block of stone, also includes the notion of a man creating his ideal woman. Rather than focus on appearances, Henry Higgins uses language as the means to transform Eliza. Shaw’s “Pygmalion” inspired a motion picture with the same title and a musical, “My Fair Lady,” that also became a film.

Shaw’s play was even spoofed in the 1983 film “Trading Places,” which replaces Eliza Doolittle with a street hustling Billy Ray Valentine, memorably portrayed by Eddie Murphy. Seven years later, the “Pygmalion” motif would emerge in another motion picture, this time a love story: “Pretty Woman.”

Do you know of other stories that use the “Pygmalion” motif? Tell us in our “comments” section.