Back to the Future: Villanova’s Library Directors through the Years, Part II

Why are we publishing a story about Villanova’s librarians now? It is part of the University’s history, of course, but it seems especially appropriate to look back at this time because Falvey Memorial Library is undergoing another leadership transition. Joseph P. (Joe) Lucia, who has been the University Librarian and Director of Falvey Memorial Library since 2002 will be leaving July 1 to become the dean of university libraries at Temple University. Darren G. Poley, Outreach librarian, will be the interim Library Director. For Part I, see our previous blog entry dated June 18. 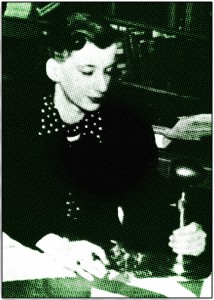 Mary Jane Kuhn
After one hundred fifteen years of Augustinian librarians (there were only five between 1865 and 1981), Mary Jane Kuhn became acting librarian, 1981 – 1983. Not only is she the first lay person to be a Villanova librarian, albeit acting librarian, she is also the first woman to hold that position. A long time employee of Falvey, she had been the acquisitions librarian among other duties. She worked with Father Falvey, Father Rongione and Father Cassel before becoming acting librarian when Father Cassel received a new assignment. When Ms. Kuhn became ill in 1982, Louise Green oversaw the daily operations of the Library. (This is just the first of three times that Louise Green would take charge.) 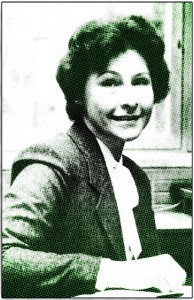 Mary Ann Griffin, D.A.
On January 1, 1984, Mary Ann Griffin, D.A., became the director of Falvey Memorial Library. Dr. Griffin previously had been the library director at Xavier University, Cincinnati, Ohio, and earlier a department head at Tufts University Library, Boston, Mass. A native of Hazelton, Pa., she earned a bachelor’s degree in mathematics education and a master’s degree in German literature at Penn State University. Later she attended Simmons College in Boston where she received her master’s degree in library and information science and a doctor of arts degree in library administration.  Dr. Griffin was dedicated to the teaching mission of the Library and planned the instruction classroom originally located on Falvey’s second floor. When a new first-floor classroom was completed in 2009, it was named the Griffin Room in her honor: https://blog.library.villanova.edu/news/2009/03/04/a-quiet-positive-force-lives-on-at-falvey-dr-mary-ann-griffin/

Dr. Griffin was a former president of the Delaware Valley Chapter of the Association of College and Research Libraries and a member of the Tristate Library College Library Cooperative. Current University Librarian Joe Lucia said that Dr. Griffin was “a quiet, positive force behind many things” who built an excellent staff, transformed technical services, formalized collection development and established library instruction in Falvey. Her work “continued to resonate in the life of the library.” She and her husband were restoring a 1700s farmhouse in the Oley Valley at the time of her death in August 1995. Falvey staff donated a magnolia tree (magnolia x loebneri ‘Ballerina’) in Dr. Griffin’s memory. The tree, which has fragrant pink-tinged white flowers each spring, was planted on October 26 to the left of the front entrance to the Library where it thrives. 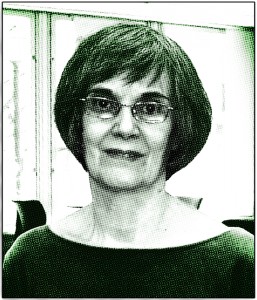 Louise K. Green
After Dr. Griffin’s untimely death, Louise K. Green became the interim director from 1995 until 1996, working with a staff of eighty full and part-time employees. She continued to implement Dr. Griffin’s plans until the next director took office. Green received a bachelor’s degree in mathematics from East Stroudsburg University and her master’s degree in library science from Villanova University. While in graduate school she worked as a graduate assistant in the library science department. After completing her master’s degree, she worked part time at Falvey for a number of years before accepting a full time position as a reference librarian. Of her experiences as an acting director, she said, “[They were] interesting and challenging. … I came to appreciate the variety of issues that a director has to handle. …[I]t helped me to realize that administrative work was not my strong suit and that I would be happy to go back to my reference work.” She was able to go back to her reference work when James L. Mullins became the new director, but she again stepped in to serve as interim director when he left. 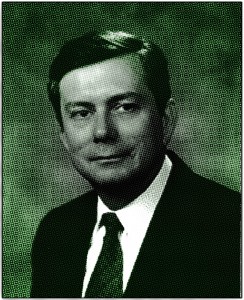 James L. (Jim) Mullins, Ph.D
James L. (Jim) Mullins, Ph.D., became the University Librarian and Director of Falvey Memorial Library in 1996. He earned his bachelor’s degree and a master’s degree in library science from the University of Iowa and his doctorate from Indiana University. He held an administrative position at Indiana University before coming to Villanova. During his four years at Falvey, Dr. Mullins strengthened the print collections and provided Web access to electronic journals and texts. During his tenure, the Kolmer Study Group rooms were added to the third and fourth floors of Falvey and the three media viewing rooms on the ground floor were renovated.

Dr. Mullins began the Distinguished Lecture Series and the Faculty Book and Research Talks in the fall 1998. Dr. Mullins said, “The Lecture Series will enrich the learning atmosphere of the Villanova community, but will also reach those who welcome and appreciate the opportunities afforded by Villanova.” Falvey continues its outreach today. On September 9 the first Falvey Memorial Library Distinguished Lecture was given by Clive James, a noted British writer and television personality. James discussed his book, The Silver Castle (PR9619.3.J27 S55 1998), and his writing career. David Barrett, Ph.D., then associate professor (now professor), Department of Political Science, gave the first Book Talk on November 10, discussing his recently published books, Uncertain Warriors:  Lyndon Johnson and his Vietnam Advisers (DS558.S88 1993) and Lyndon B. Johnson’s Vietnam Papers:  A Documentary Collection (DS557.4.J64 1997).

Dr. Mullins instituted a book approval plan to speed up acquisition of new books. He created the library liaison system which continues today; he  himself served as the liaison for the Department of Art and Art History. (Jutta Seibert, Academic Integration team leader, currently serves as the liaison to the Art History Program, which is now part of the Department of History.)

While at Villanova Dr. Mullins was active professionally as a member of the College Standards Committee of the Association of College and Research Libraries (ACRL). He was a founder of the University Libraries Group and also served on campus committees. In 2000 he left Villanova to be the Associate Director for Administration of the Libraries at Massachusetts Institute of Technology (MIT), Cambridge, Mass. Dr. Mullins is currently the Dean of Libraries at Purdue University, West Lafayette, Ind.

Louise K. Green became the Interim University Librarian and Director of Falvey Memorial Library while the search for a new director continued. She had been the Interim Director after Dr. Griffin died until Dr. Mullins came to Falvey.

Coming next week:  the legacy of our most recent director, Joseph P. (Joe) Lucia, whose mission to define the library as a ‘commons’ forged a decade of exploring innovative new frameworks for service delivery and use of library space.