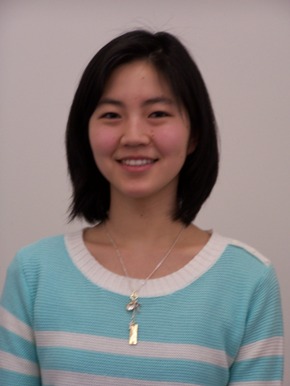 Stephanie Liu, a senior biology major from Allentown, Pa., is Falvey Memorial Library’s newest student employee of the month. Stephanie works for Scholarly Outreach; she has worked for Falvey since January 2010, her first year at Villanova. From 2010 until summer 2012 she worked for Access Services. Last summer she began working for Scholarly Outreach. She helps Gina Duffy, library events and program coordinator, with setting up for events but also has been working with Joanne Quinn, design specialist and member of the Scholarly Outreach team. Stephanie has created PowerPoint slideshows and helped mount exhibits for Quinn. “It’s one of my favorite parts of the job,” she says. When time permits, Stephanie aids Stephen Spatz, assistant Scholarly Outreach librarian and a research support librarian, with the Community Bibliography.

Stephanie has a minor in Chinese. She doesn’t have any definite career plans yet, but says, “I love art, design and dancing.”

The University Staff Council (USC) at Falvey selects a student employee of the month based upon nominations from the department supervisors of student employees. Gina Duffy, the supervisor who nominated Stephanie, says, “Stephanie is a great asset to the Scholarly Outreach team. Not only does she help us with Library event logistics, but she is also quick to take on new projects. Stephanie especially enjoys helping with tasks in which she can demonstrate her creative and artistic abilities, such as helping to mount our window displays. She is a pleasure to work with!”

Joanne Quinn says, “Though Stephanie is a biology major, she has a great eye for art. I trust her design sense and often rely on her to create components such as PowerPoint presentations or vignettes for our displays. She contributed greatly to our recent Emancipation Proclamation display, as well as October’s Hispanic Heritage display and the playful fictional road trip exhibit last summer. She will be hard to replace!”