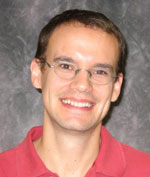 Dr. Michael Tomko’s work examines one of the Romantic Period’s most controversial issues, Catholic Emancipation, and describes how this period in history not only caused political and cultural conflicts but also provoked some of the most exceptional writings of the time. He explains, “Any student of Romanticism knows that understanding the British reaction to the French Revolution is integral to understanding Romantic literature. But what if, I asked, an understanding of Britain’s relationship to its Catholic past is integral to understanding not only the French Revolution but to many other major political events?”

This is the question Dr. Tomko, assistant professor of literature in the Department of Humanities, examines in his Scholarship@Villanova lecture on Monday, Apr. 23 at 4:30 p.m., in room 205. He will speak on his book, British Romanticism and the Catholic Question: Religion, History, and National Identity, 1778-1829.

“The book focuses on the way that writers and poets from the Romantic period in Britain (c.1780-1830) were involved with the political campaigns over the Catholic Emancipation bill and how that involvement affected their writing.”

The interdisciplinary approach of combining literature and politics was, he comments, natural to the project: “When I was doing my Master’s exams for my graduate degree at Oxford, I kept coming across critical accounts of the Reformation that were shaping Edmund Burke’s blazing attack on the French Revolution in Reflections on the Revolution in France. When I found there were only passing accounts of how the Catholic Emancipation bill was bringing these issues to the forefront of people’s thought, especially an Irishman like Burke, I knew that this needed to be the subject of my doctoral dissertation (and then book) and that only an approach that moved between politics, history, literature, and theology would do it justice.”

Dr. Tomko says that he found the research for the book “oddly exciting,” focusing as it did on “a major cultural event that has received little scholarly attention.” He recounts, “at the Bodleian Library in Oxford or at libraries such as the Catholic Seminary of Ushaw College in Durham, I was constantly digging up fascinating writers and personal histories of unknown but important English Catholics. Or hearing prominent public figures in England such as William Pitt intervening in issues of Catholic theology in order to gain political traction. Seeing how this world intersected with the lives of figures I knew so well such as William Wordsworth or Percy Bysshe Shelley made for high historical drama, at least in my mind.”

He hopes, he says, that students and attendees will gain two things from his talk: “First, while many students come from Catholic backgrounds, this will give a broader sense of the Catholic historical experience. The English and Irish Catholic story is one of suffering and endurance.”

“Second,” he says, “I think the lecture should show that thinking about history and politics does not necessarily limit our ability to understand and appreciate literature, but can rather enhance it. I think Romantic literature is some of the most exciting and exquisite poetry and prose in the English language, and I think this issue can help us see more deeply into it.”