Uncovering the Causes of Schizophrenia with Dr. Bernard Gallagher 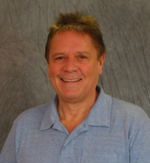 Schizophrenia is a dangerous disease — “like a death sentence,” as Bernard J. Gallagher III, professor of Psychiatric Sociology in the Department of Sociology and Criminal Justice, explains. For over 20 years, Dr. Gallagher and his Villanova University research team have sought to uncover the hidden causes of schizophrenia.

The causes of the disease have traditionally been elusive, he says. But recent findings have uncovered intriguing patterns that change the way we understand schizophrenia’s origins.

Falvey Memorial Library kicks off its spring Scholarship@Villanova series on Monday, Feb. 6, at 1:00 p.m. with a lecture by Dr.  Gallagher entitled “Schizophrenia: Groups at Risk and Recently Discovered Causes.” The lecture will be held on the newly renovated second floor of Falvey, known as the Learning Commons, in Room 204.

Combing through the records of 2,000 schizophrenia patients, Dr. Gallagher and his team worked to put together patterns in the data. They found that patients with a certain subset of the disease were more likely to have been conceived in January and born into impoverished households. These two factors meant their mothers had a higher risk of contracting influenza while pregnant.

This information, along with corroborating information from a research team at Columbia Medical Center, suggests that some cases of schizophrenia may stem from a prenatal illness and that influenza vaccination of pregnant women may be an important method of preventing some cases of this devastating mental illness. Dr. Gallagher has traveled abroad several times to present his research, and has published the findings in The Sociology of Mental Illness (fifth edition, Sloan Publishing).

His team’s findings have also influenced the policy of the American Medical Association; in a complete reversal, the AMA now recommends that all pregnant women receive influenza vaccinations. This policy change could mean that, “in the next 20 years, we will have 400,000 fewer cases of schizophrenia,” Dr. Gallagher explains.

His lecture will include an explanation of schizophrenia in addition to his recent research. Dr. Gallagher hopes that attendees will gain a greater understanding of the disease as well as “greater compassion for the mentally ill.” In addition, he adds, he hopes to demonstrate that, for pregnant women, “good prenatal care is key.”