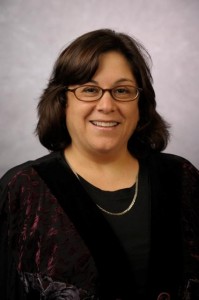 Falvey’s annual Conscience of the Holocaust lecture will be held on Thursday, Dec. 1 at 4:00 p.m. in the library first floor lounge. This event commemorates the anniversary of Simon Wiesenthal’s death and recognizes his achievements and legacy in relation to the Holocaust. Falvey welcomes Sheryl Perlmutter Bowen, PhD, as this year’s lecturer.

Dr. Bowen works on oral histories of the Holocaust and joined the TTP research team in 1998. “I started work on the Holocaust by working with an oral history archive program at Gratz College proofreading transcripts by comparing tapes to text as they were preparing materials to send to the US Holocaust Memorial Museum in Washington.  This was fascinating—I loved hearing the voices of survivors in the audiotapes. As a social constructionist, though, I became interested in the meanings that survivors attached to their experiences and how they moved on from the trauma of the Holocaust.  That led me to The Transcending Trauma Project (TTP), now going on for almost 20 years.  This project focuses on coping and adaptation within survivor families, looking at three generations of families whose lives were forever changed by the Holocaust.”

The project has personal resonance for Dr. Bowen.  She explains, “I was inspired to study the stories of Holocaust survivors when I heard a survivor tell her story about 15 years ago to area high school students at the Interfaith Council on the Holocaust where I was a discussion facilitator.  As a Jewish person, I’d grown up hearing about the Holocaust, and I later used my skills as an educator in this volunteer effort, but this particular day, I was struck by the woman’s ability to adapt her story to be relevant to a largely non-Jewish high school audience from suburban Philadelphia.  So, as a communication professor, her audience adaptation was fascinating, but what hit me was her resilience that I believe helped her survive by escaping from a labor camp.  Her entire story was truly inspirational and set me off on 15 years of study on this topic.”

She says the research material can occasionally be challenging.  “The traumatic experiences can be difficult to hear.  I fight the desensitization that can set in to protect myself from the horrendous things I hear in the tapes.”  But she hopes that her talk will show how useful research like the TTP can be. “I would like people to understand the complexity and the advantages of this type of intensive interview analysis.”

Her lecture will provide an overview of the Transcending Trauma Project as a whole, with specific detail about Dr. Bowen’s role in the project.  She will also highlight a project that she and Villanova University graduate student Samantha Gable worked on together, regarding survivor mothers and their daughters.

This event—presented in partnership with the Gender & Women’s Studies Program, the Jewish Religion & Culture Lecture Series (Mission & Ministry), and the Department of Communication—is free and open to the public.