A lost piece of Theater History 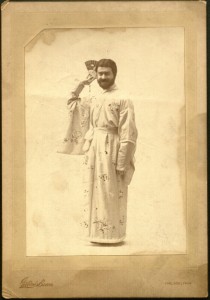 One of the most satisfying aspects of working in a digital library is the opportunity to expose people to a life or a story they may not have realized existed. A week ago I was presented with an archival box full of pieces of a puzzle. The pieces belonged to a man named Howard Merrill Shelley and the puzzle I am working on is how to put together the events that make up the life of this man. I have begun scanning in images and other assorted items from the box, and his story is slowly coming to light, possibly for the first time in fifty years.

Howard Shelley (1879-1956) was known primarily as a Philadelphia theater and opera personality. However, before I go into that, I would like to delve into his ancestors, an interesting topic of its own. Howard Merrill’s lineage plays like a who’s who of American history. Howard’s mother, Sophia Rittenhouse Shelley, is directly descended from the famous scientist and astronomer, David Rittenhouse. Howard’s grandmother, Amanda McClellan is related by marriage to none other than Benjamin Franklin and is directly related to the Civil War general, George B. McClellan. 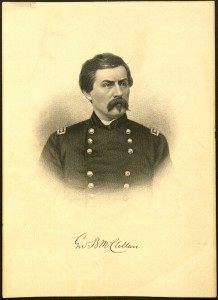 George himself was the grandson of General Samuel McClellan of the Revolutionary War. Samuel married Rachel Abbe, a direct descendant of Governor William Bradford of Plymouth, Massachusetts. 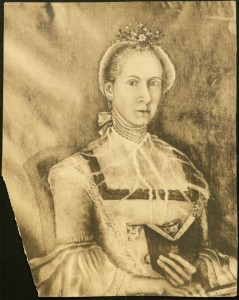 Howard also had a famous second cousin named Kate Shelley. While not a household name today, in her own time she was a famous poet and folk hero. As a young girl she risked her own life to save hundreds of lives by averting a potential train accident.

Not surprisingly, Howard Shelley thought his own family history quite interesting and wrote a successful play about it in 1914 called The Family Tree. At the time in Philadelphia, as well as other major cities, there was a craze to document and brag about one’s own family history in order to secure social prestige and Howard took advantage of this subject to write his satirical comedy. Prior to The Family Tree Howard co-wrote a popular musical called The Beauty Doctor in 1904. An article in the Geneva Daily Times described this production as a piece “based on the beauty culture craze, which is handled in a broadly humorous way and is said to afford ample opportunity for hearty fun”.

After writing two successful satires for the stage, Howard went on to become a theatrical press agent. He wrote an early form of gossip column about society under the name Barclay Beekman for the New York Daily Mirror and was also employed by stars of the stage, including Lillian Russell, an actress and singer, and Luisa Tetrazzini, an Italian opera soprano. 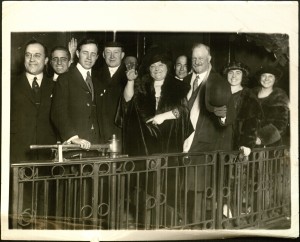 Digitizing the Howard Shelley Collection has been like working on a miniature time capsule of Philadelphia genealogy and theater history. I have only completed about a third of the collection and am eager to discover how the other pieces of the puzzle come together. What I find remarkable is that despite having two hit shows and an active life in theater and opera, Howard Shelley and his productions have managed to escape history’s grasp. It causes one to realize that the majority of popular culture today may not survive a hundred years, for better or worse. For my part, I am glad to have the opportunity to once again put Howard Shelley in the spotlight.