Exploring French theatre at the turn of the 20th century

One of the best parts about working in the Digital Library is getting to experience, firsthand, historical materials related to your own interests. Recently, I worked on digitizing issues of a French theatre magazine, Le Théatre, from the turn of the 20th century — a project that combined my love of the stage, the French language, and fin de siècle culture.

Of particular historic interest are the articles on Loïe Fuller, the American dance sensation with no formal training who is now credited as a pioneer of modern dance as well as theatrical lighting. Videos of her performances have been preserved and are exhibited around the country to this day — I recently saw a Library of Congress video of her signature dance style at the Museum of Modern Art in New York City.

Several issues of Le Théatre mention Fuller, either in reference to the dancer herself, or to the style of dance she created, which was subsequently picked up by other performers. 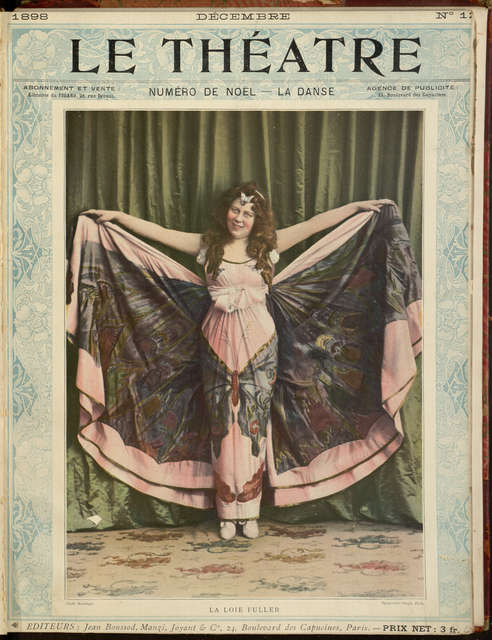 The December 1898 issue devotes an entire section to Fuller, including a color cover featuring a dancer dressed and posed in the style of “La Loïe Fuller.”  After several pages of more traditional-looking ballerinas, the section on Fuller highlights the somewhat shocking, modern quality of Fuller’s style.  The dancers pictured wear long and flowing dresses which can be held up — it appears that rods have been inserted into the fabric — to give the appearance of wings.  Indeed, butterflies are pictured on many of the dresses.  A captivating action shot hints at the effect of Fuller’s twirling style in combination with the flowing costume. 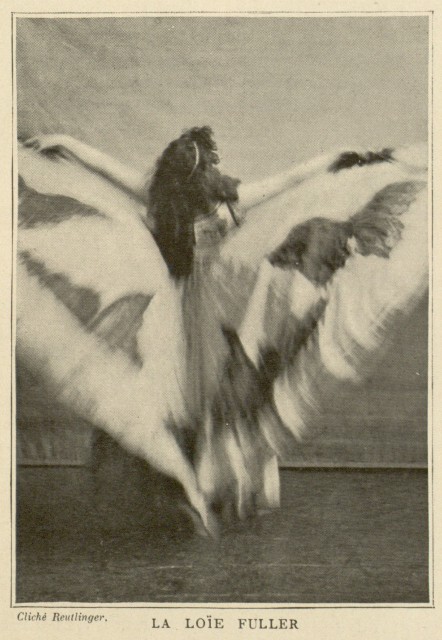 The article mentions that Fuller was basically unknown a few years prior, but has since taken the dance world by storm.  The author notes that Fuller may not be the best dancer on the stage, but rather that there is a kind of magical quality to her dancing in and of itself:

Subsequent issues of Le Théatre profile “Le Théâtre de la Loïe Fuller” (August II, 1900), as well as Japanese dancer Sada Yacco, who worked closely with Fuller after the Paris Exposition Universelle in 1900 (October II, 1900).  Fuller served as Yacco’s manager and press agent, proving herself as savvy a businesswoman as she was entertainer and theatrical inventor.

Seeing Fuller’s work documented in Le Théatre emphasizes both her importance in the history of dance and the necessity of preserving historical primary-source materials.  Researchers across the world can now access these documents for free, allowing them to understand, in the original historical context, the impact that Fuller made on the world of French theatre and dance.