Restoring Integrity to Intellectualism: Dr. Hollis and Dr. Nagy-Zekmi on Academics In and Out of the Ivory Tower 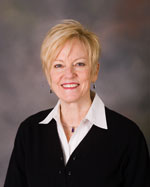 Falvey Memorial Library announces a new event in the Scholarship@Villanova series, featuring Karyn Hollis, Ph.D., and Silvia Nagy-Zekmi, Ph.D.  Coming together from diverse educational perspectives, the two recently co-edited a book on the need for intellectuals in public debate.

Dr. Hollis and Dr. Nagy-Zekmi will speak on their book, Truth to Power: Public Intellectuals in and Out of Academe, at 3:00 p.m. on Thurs., March 24, 2011, in the library first floor lounge.

“The notion that public intellectuals in the U.S. are in decline has again become fashionable,” Dr. Hollis explains, “and they are often portrayed as trapped between academe and the ‘real’ world, or between the private and the public spheres.” 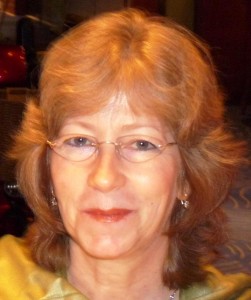 But, she argues, the need for intellectuals engaged in public debate has never been greater. “When addressing our most significant societal problems such as war, poverty, climate change and social responsibility, citizens are too often bombarded with dumbed-down yet impassioned appeals to fear and prejudice, leaving them poorly prepared to make important political and economic decisions.”

Their book is dedicated to the memory of Howard Zinn.  Dr. Hollis comments, “Howard Zinn passed away shortly after our book was accepted for publication, and since he exemplified so many qualities that as public intellectuals we aspire to, we decided to dedicate the book to him, both in appreciation of his courage in speaking truth to power, and in recognition of his influence as a role model for us all.”

The book’s title refers to another great public intellectual, Edward Said, who wrote that intellectuals must “speak truth to power” and be “a witness to persecution and suffering, supplying a dissenting voice in conflicts with authority.”  Dr. Hollis echoes the necessity of this mission: “As academics, we need to take every opportunity to intervene in public debates, whether on a practical level through expert commentary in mainstream media, or through theoretical investigations of agency and authority.”

“Our hope,” Dr. Hollis sums up, “is to restore the integrity of the word: intellectual.”