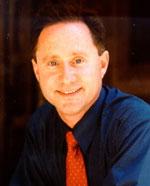 For the better part of a year, conservatives have been looking forward to the 2010 election with unbridled energy, hoping to regain control of Congress. Their energy and political involvement resulted in the nomination of a number of candidates with immoderate views whose questionable electoral prospects threatened to undermine the Republican wave — like a rip tide cuts against the current.

Did that wave develop? Was it diminished at all by the very activism that promised to make 2010 a banner year for Republicans? Two days after the 2010 election, we’ll assess the fallout by addressing what happened, why it happened, and what it all means for the future of politics and policy.

Dr. Kerbel is a professor in the political science department and the author of several books. His most recent book is Netroots: Online Progressives and the Transformation of American Politics (Paradigm Publishers, 2009).

This event is free and open to the public.