Due to technical difficulties surrounding storage of the Digital Library web files. no new content had been displayed on the Digital Library since June 2008. Our students and staff continued to scan during this period, saving the image files to portable hard drives. Over the span of 8 months this has amounted to over 2 tetrabytes of locally stored files. With the space issue resolved in January we have been adding to the Digital Library both content currently being scanned as well as items scanned during the hiatus.

There are many very exciting titles and new collections to look at and examine, with more in store in the coming weeks. Future essays on the Blue Electrode will cover some of these in detail. For now here is a small sample of some of the newly available digital content:

In the Catholica Collection:

Conewago, a collection of Catholic local history gathered from the fields of Catholic missionary labor within our reach an humble effort to preserve some remembrance of those who have gone before, and by their lives, their labors and their sacrifices, secured for succeeding generations the enjoyment of happy homes, and all the blessing of our holy Catholic religion. Martinsburg, W. Va.: Herald Print, 1885. [Link]

This is an early illustrated history of the Catholic Church in the Conewago Valley of Pennsylvania and Maryland. 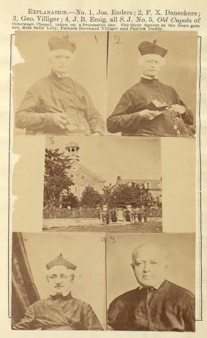 In the Contributions from Augustinian Theologians and Scholars Collection:

This is an illustrated life of Saint Nicholas of Tolentine, O.S.A. 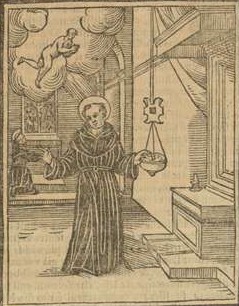 Also richly illustrated is this exacting history of the Roman magistrates and emperors by the remarkable classicist Onofrio Panvinio, O.S.A.

In the Joseph McGarrity Collection:

An early atlas of Ireland with detailed maps of the country. 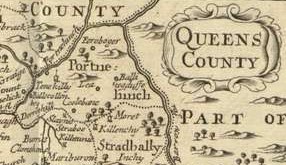 From the Americana Collection:

This contains the autobiographical manuscript of Samuel Alanson Lane (1815-1905). From January in 1835 until May of the same year, Lane travels around the U.S., looking for work in numerous cities including, New Orleans, Cincinnati, Columbus, Cleveland until finally settling in what would become his hometown, Akron, OH on June 29, 1835. S. A. Lane was a dedicated follower and professional lecturer of the American temperance movement as well as an avid supporter and political participant for th Republican Party, formed in 1854. Perhaps one of Lane’s most interesting and daring pursuits, was his active participation in the mass emigration to California in search of fortune like many other easterners during the California Gold Rush which kept Lane from his home and family in Akron for over two years. This manuscript covers his life and contains many depictions of 19th century American frontier life. 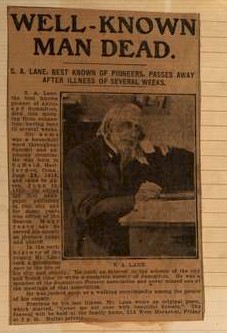