Inauguration-related Resources from the Library 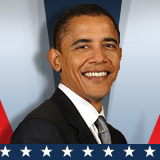 If Tuesday’s inauguration of the first black president has sparked your interest in past presidents, check out these resources available from the library:

The American Presidency Project from the University of California, Santa Barbara, which has the text of all the inaugural addresses but also an audio/video index to listen to speeches of Presidents from Hoover to George W. Bush. http://www.presidency.ucsb.edu/inaugurals.php

The library has books by Obama such as Dreams from My Father , a story of race and inheritance, and The Audacity of Hope. Two titles about him are being processed, Barack Obama : the Voice of an American Leader by Joann F. Price and Obama : the Historic Campaign in Photographs by Deborah Willis and Kevin Merida. Many current issues of magazines in the Current Periodical shelves on the first floor also feature articles on President Obama.

If you want to know more about politics, you may want to consider checking out the library’s Subject Guide on Political Science for a listing of our databases, books, other web sites and more.

A full listing of inauguration day events can be found at USA.gov.