What the 2008 Olympic Ceremony says about digital texts 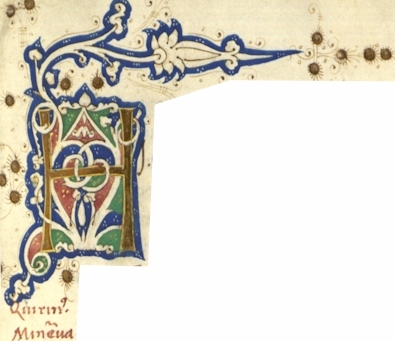 Beijing’s spectacular celebration of textuality in the twenty-ninth Olympiad’s opening ceremony for the summer games surprised me. But why should it have? After all, the Chinese invented paper. They were printing texts hundreds of years before the West. And they have long esteemed calligraphy among the highest forms of expression. Textuality variously illustrates China’s cultural history, making it a natural centerpiece for welcoming the sporting world to the country’s capital.

It was somewhat more surprising that Beijing reconstructed some of my earliest impressions as a student employee in the digital library. The ceremony proposed a harmonious integration of textuality’s multiple technologies. A giant scroll was unrolled on the stadium floor to frame a blank sheet of paper. Modern dancers proceeded to paint a shan-shui, or “mountains and water,” picture on the blank page with their dancing bodies while the scroll, an LED screen unrolled to 230 by 70 feet, appeared to continuously unfurl digital highlights of China’s cultural history. The painted page was then raised to reveal an assemblage of movable-type settings rising from the digital scroll, undulating like waves in the wind, and intermittently forming the Chinese character for “harmony” in astoundingly precise choreography for a collection of individual gray blocks. If there was any impression of impermeable divisions between textual technologies in these transitions, the movable types dismantled them by forming an impression of China’s Great Wall and then transforming the wall and its opposite sides into a blooming field of flowering plum blossoms. Finally, for this initial part of the ceremony, each of the hundreds of movable-type tops sprung open to reveal a human animator waving from inside. It seems that every individual textual endeavor that manifests upon the cultural scroll is a collaborative production. Each text is also continuously transformed. Historically, Chinese viewers of shan-shui landscape paintings have appended commentaries and poems to the scrolls that have framed the paintings. Likewise, the framing scroll of history, providing a context of constant flux and alteration, contributes its own instability to the collaboratively produced text. Fittingly, throughout the Olympic ceremony, the shan-shui painting continued to be transformed. Even the global parade of athletes trailed a rainbow of footsteps across it when entering the stadium. 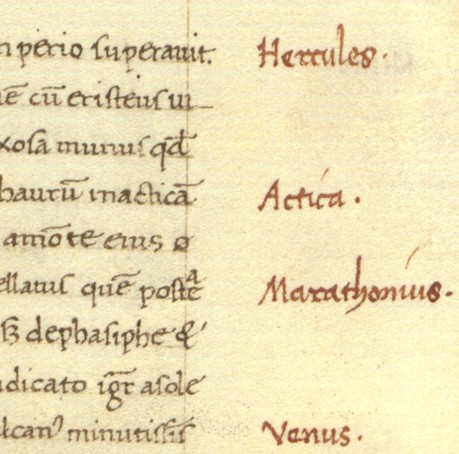 If the scroll on which the painting is mounted comprises part of the work itself, then perhaps the digitization of a text collaborates in a work’s continued creation. One of my first projects in the digital library was to scan and crop Historia Deorum Et Heroum, a fifteenth-century illuminated manuscript written on vellum and bound in oak and leather. Unable to locate a printed equivalent of this particular manuscript, I was initially excited to think that this particular volume was making a giant leap, over roughly four hundred years of print, from manuscript culture to digital culture. Moreover I was one of the cyber-type-setters determining its new shape and form to post on the digital library mainframe. In one moment, the manuscript would abandon its centuries of hidden obscurity for instantaneous global accessibility. But while this manuscript can now be altered in myriad ways through digitization and potentially limitless contexts, I’m also inclined to believe Beijing’s suggestion that this transformational potential is inherent in manuscripts and printed texts themselves. Historia Deorum Et Heroum even seems to invite the suggestion. No singular author takes credit for this compiled history of gods and heroes. Such compilations are collaborative and intertextual by nature, depending on a collective capital of textually-inscribed myth and history (here, in lieu of a title page informing modern print-readers of the title, author, and publisher of a work, there is an index of the subjects themselves). Finally, a poised surplus of lined vellum at book’s end awaits a stylus that never arrives. Or perhaps, rather, the creative implement is always arriving, in contemporary forms of context and technology, to collaborate in a culture’s self-expression. I’ve been just one kind of digital typesetter among many, in a library among many, popping out his head in this entry and waving as we collectively contribute to the ever-unscrolling textual dance. 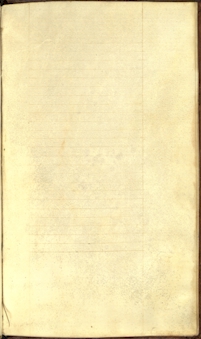